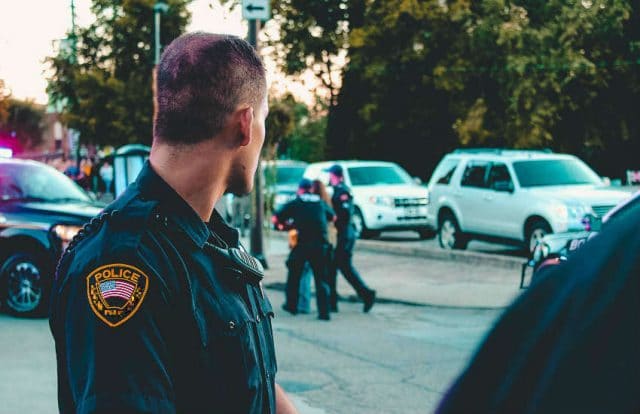 The majority of trans people say law enforcement officials are the worst perpetrators of transphobic violence.

Trans people in Americas, Asia and Africa have experienced harassment and abuse from state officials, a report from the Human Dignity Trust (HDT) shows.

Released on International Day Against Homophobia, Biphobia and Transphobia (IDAHOBIT), this global report shed a light on the criminalization of gender diverse people.

The study shows that transphobic violence is common not only in countries with anti-trans laws, but also in those without such criminalising provisions.

At least 15 countries around the world, such as Uganda and Zambia, criminalise the gender expression of trans people. The vast majority of these laws originate from British colonial penal codes, with others originating in Islamic Sharia law.

‘These discriminatory laws must be repealed, or at the very least amended to explicitly exclude being used to discriminate against trans and gender diverse people,’ said HDT’s Director Téa Braun.

‘It is truly shocking that in many countries around the world, regardless of the legislative landscape, it is the police who are most feared by trans and gender diverse people,’ she also said.

‘What is clear from this report is that authorities use laws they have at their disposal to control elements of society that are undervalued,’ said Zhan Chiam. Chiam is the International Lesbian, Gay, Bisexual, Trans and Intersex Association World’s Gender Identity and Gender Expression Programme Coordinator.

The report also shows that non-cis people are more likely than cis people to end up in custody.

‘Whether for an alleged offence or even in the absence of any specific charge,’ Braun also told GSN.

‘Trans individuals are being tormented by the very people whose job it is to protect them. They often work in street economies because they have been kicked out of their homes and ostracized within their communities.’

‘This makes them both highly visible and uniquely vulnerable. The cycle is vicious and deeply unjust.’

‘And entire societies need to be made more aware of diverse sexual orientations and gender identities,’ she continued.

‘This way we can all move to greater acceptance and celebration of our differences.’

Trans woman passes away after fatal shot to the head