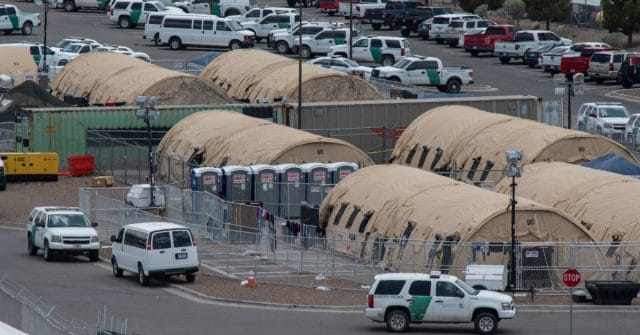 A transgender woman who was seeking asylum in the US died on Saturday (June 1) from dehydration and HIV-related complications, after spending six weeks detained by Immigration and Customs Enforcement (ICE).

Johana Medina Leon arrived at the US-Mexico border in El Paso on April 11. She was seeking asylum based on her fear of persecution due to being trans.

Leon, 25, who was from El Salvador, was immediately taken into ICE custody and spent the next six weeks detained at the Otero County Processing Centre, a private detention centre in New Mexico.

Leon reportedly fell ill on Tuesday May 28 and was taken to hospital complaining of chest pains. On the same day she had received a positive HIV test result.

Also on May 28, ICE said that she was released from their custody and being processed for parole. It’s not clear if her release from ICE custody happened before or after she complained of the chest pains that led to her hospitalisation.

Leon was taken to Del Sol Medical Center in El Paso, Texas, where she spent four days before dying on Saturday June 1 – the first day of LGBT+ Pride month.

“There is a crisis at our southern border with a mass influx of aliens lured by the lies of human smugglers who profit without regard for human life or well-being,” Corey Price, field office director for ICE Enforcement and Removal Operations in El Paso, said in a statement.

“Many of these aliens attempt to enter the United States with untreated or unknown diseases, which are not diagnosed until they are examined while in detention.”

ICE officials also said that on May 18 Leon had passed an interview determining that she had a credible fear of persecution if forced to return to El Salvador, based on her status as a trans woman.

Otero County Processing Centre, where Leon spent six weeks, was recently criticised by the ACLU and the Santa Fe Dreamer Project, which alleged poor treatment of and “unconscionable conditions” for LGBT+ immigrants.

Allegra Love, the executive director of the Sante Fe Dreamers Project, said Leon did nothing “illegal” when she fled to the US.

“She didn’t violate a single law coming to the US to ask for political asylum,” Love said.