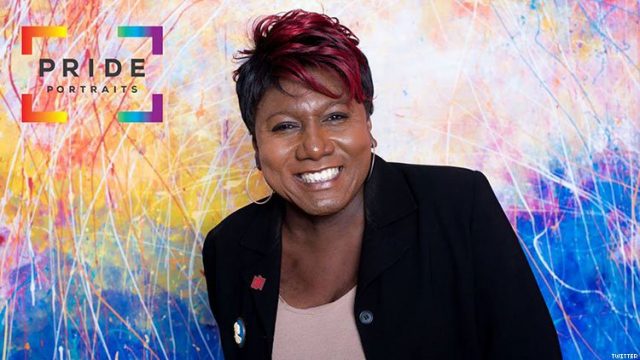 TransGriot is a GLAAD Media Award-winning blog that has been covering trans issues for over a decade, well before mainstream media outlets deemed violence against trans women of color and laws targeting the community newsworthy. Its creator, Monica Roberts, was featured in a Daily Beast profile published Tuesday morning that celebrated her work and her ability to do what so many journalists chose not to. “This was a happy day,” Roberts tells Out, but that changed by the afternoon.

Hours after The Daily Beast published senior reporter Samantha Allen’s profile of Roberts, TransGriot was removed from Blogger, the Google-owned blogging platform that hosted Roberts’ blog, without warning. Where the blog once lived stood a removal notice: “Sorry, the blog at transgriot.blogspot.com has been removed. This address is not available for new blogs.”

“I have received no reason why that blog went down,” Roberts tells Out. “I’m pissed right now, you know? To think that 13 years of work went into that blog only to have it suddenly removed with no warning, nothing. No explanation. It is upsetting.”

TransGriot has since been restored. The official Twitter account for Google Communications, which owns Blogger, tweeted a statement, saying that the blog’s removal was an “error.”

Roberts, who says she “took up the mantle” of covering trans issues because “nobody else was doing it,” doesn’t know the exact reason why TransGriot was temporarily taken down, but she has her suspicions.

“It was the TERFs,” Roberts suspects. She’s referring to trans-exclusionary radical feminists, a group she says has a history of harassing her and anyone else willing to stick their neck out for trans women. “We have seen a ramp-up of anti-TERF rhetoric and activity lately. Just two weeks ago, the two British TERFs went and harassed Sarah McBride in Washington, and now we have Mary Emily O’Hara condemning AfterEllen’s slide into TERFism and getting a cease and desist letter from the queen TERF herself, Cathy Brennan. They are coordinating with the Republican Party, the conservative movement, and white Evangelicals to attack trans folks, and they have been since 2015. They’re just upping their game right now while Trump is in office, since they know their time is limited.”

Roberts also suspects that the positive attention she received from her Daily Beast profile might have motivated someone to request a takedown of TransGriot — not that she wasn’t on the TERF radar already.

“I have a long history of telling the TERFs where to go and what bus route to take to get there,” says Roberts. “You can quote me on that.”

Roberts thanks “the long list of folks” who worked to get TransGriot back up and running following its takedown Tuesday afternoon. She tells Out that she wasn’t surprised to see such an immediate, passionate response.

“My blog is of vital importance, not just to me but to this entire community,” she adds. “I can’t tell you how many times I’ve run into some trans millennial who tells me that my blog inspired them to do this or inspired them to do that. At least five people have told me that reading my blog posts is what kept them from committing suicide. So every time I sit down and start writing a post, I keep that in mind — that what I’m writing may inspire someone who does not want to persevere.”

The removal might have been temporary, and it certainly didn’t threaten TransGriot’s content, which Roberts has multiple backups of. But it did stop her from covering Martina Navratilova’s transphobic op-ed in The Sunday Times and the anti-LGBTQ+ bills recently introduced into the Texas state legislature, the latter of which has received little to no media coverage thus far.

“Whoever did this just motivated me till my next anniversary and beyond,” Roberts says. “All [this removal] did was piss me off and make me even more determined to keep this blog alive and keep speaking truth to power and keep calling out our enemies, foreign and domestic.”