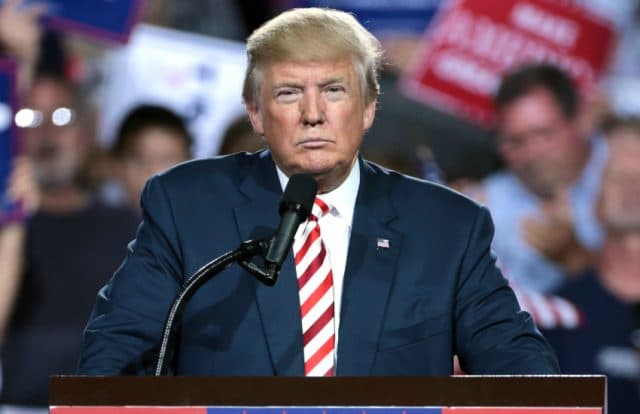 For the first time in his presidency, Donald Trump acknowledged Pride Month.

In the past two years, Trump went the entirety of June or the LGBTI community.

On Friday (31 May), however, he broke with this trend and tweeted. He wrote about the ‘outstanding contributions LGBT people have made to our great Nation’. 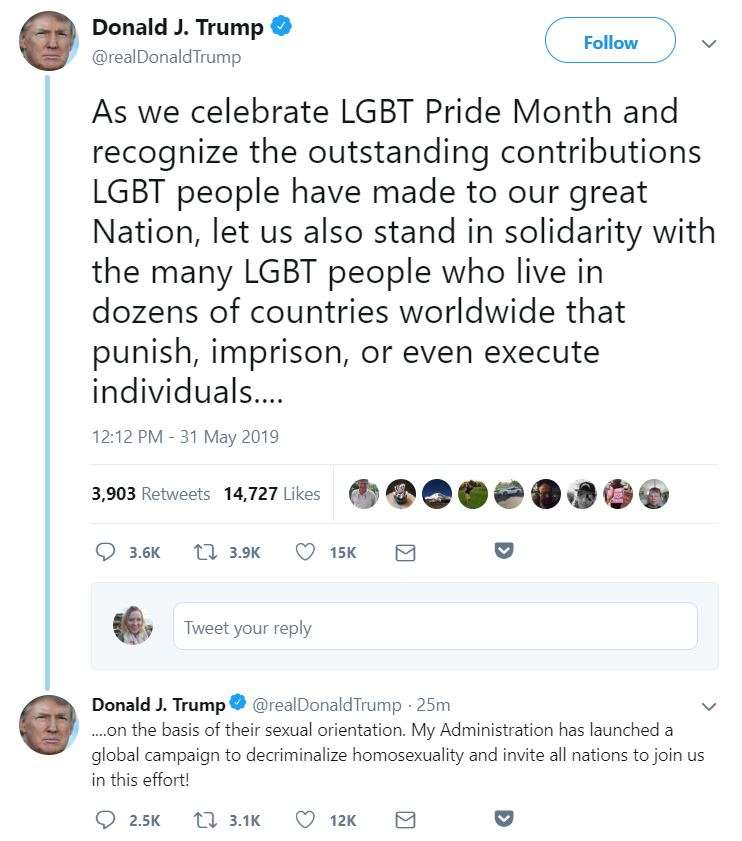 In his tweet, he also wrote about standing ‘in solidarity with the many LGBT people who live in dozens of countries worldwide that punish, imprison, or even execute individuals on the basis of their sexual orientation’.

He concluded the tweets with a reminder about his administration’s apparent plan to .

Many were immediately critical of the President’s tweets given the his administration has made on the LGBTI community.

‘This is gaslighting,’ said GLAAD President and CEO Sarah Kate Ellis. ‘Trump and his Administration have attacked the LGBTQ community in policy and rhetoric more than 110 times.

‘Actions speak louder than words. This is a cheap political play and we see right through it.’

Charlotte Clymer of the Human Rights Campaign added: ‘From day one of this administration, Donald Trump and Mike Pence have systematically worked to limit the legal rights and livelihoods of LGBTQ people.’

The statement continued: ‘They have and anti-trans violence here at home. They have and turned away trans children with civil rights complaints from the Department of Education.’

It also mentioned the Trump administration’s and LGBTI people’s access to it.

‘And in the past two weeks, reports are that they plan to , needlessly and cruelly putting one of the most vulnerable groups in the country in greater danger.

‘Trump and Pence have made it clear where they stand on LGBTQ people–we look at what they’ve done day in and day out, not what disingenuous tweet Trump decides to put out.’

Trump’s tweets come only days after the State Department announced a new human rights panel. Many worry the panel will be used against the LGBTI community and other marginalized groups.

The published a notice about the panel on Thursday (30 May).

Called the Commission on Unalienable Rights, the purpose of the panel is to ‘provide the Secretary of State advice and recommendations concerning international human rights matters’.

LGBTI activists are specifically worried about the panel’s focus on ‘natural law’. In modern politics, many view ‘natural’ as coded language for ‘God-given’.

As Brent L. Pickett in 2004 for the Richmond Journal of Law and the Public Interest, the theory of natural law ‘offers the most common intellectual defense for the differential treatment of gays and lesbians’.

‘Natural law theorists defend a range of policies in this regard, from antisodomy laws, to allowing persons to discriminate against gays and lesbians in employment and housing, to a fierce opposition to same-sex unions or, in their watered-down version, civil
unions,’ Pickett argues.

‘In general, natural law theorists believe that it is rational for the state to “discourage” homosexuality through such policies.’