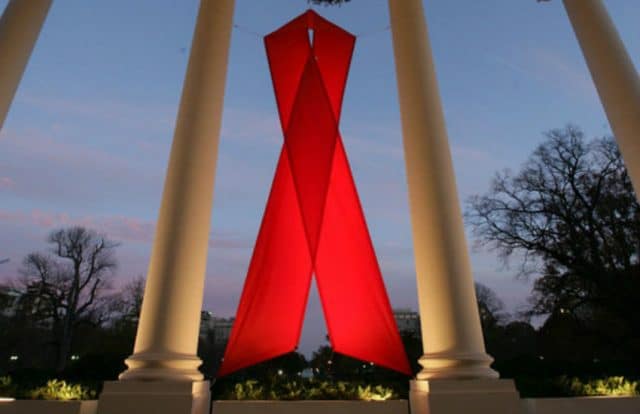 According to the , the Administration also canceled a university’s multi-million dollar laboratory contract. The university used fetal tissue in testing new HIV treatments.

‘Promoting the dignity of human life from conception to natural death is one of the very top priorities of President Trump’s administration,’ the Department of Health and Human Services (HHS) said in a statement.

The tissue used in such research comes from elective abortions. Many scientists and researchers say there are no other alternative approaches to the research at this time.

The HHS’ decision is a political one. It stems from the lobbying of the anti-abortion bloc, who cite moral qualms with using fetal tissue in research.

It then looking into a ‘cure’ for HIV because of its use of human fetal tissue.

Currently, funding for nongovernmental research using fetal tissue will not be disturbed. Going forward, however, the HHS said applications for federal funding will face an ethics review.

The reason for the review is due to ‘the serious regulatory, moral, and ethical considerations involved’.

Globally, 36.9 million people were living with HIV in 2017. That same year, 1.8 million people became newly infected and another 940,000 died from AIDS-related illnesses.

In the US, 1.1 million people currently live with HIV.

Since the peak of the epidemic in the mid-1990s, both new infections and related deaths have decreased. Still, it has taken the lives of over 35 million people worldwide since then and continues to be a worldwide health crisis.

The Trump Administration passed this new policy even as Trump by 2030.