Home Gay Life Trump Promises His Supporters: I Will Be ‘Curing Childhood Cancer’ And AIDS... 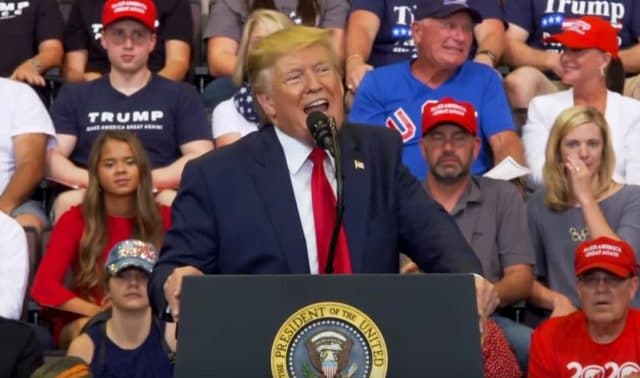 President Trump made several eyebrow-raising claims at his Thursday night campaign rally in Ohio, promising his supporters that he was on the verge of announcing a cure for childhood cancer.

“The things we’re doing in our country today, there’s never been anything like it,” Trump told his thousands of supporters at the U.S Bank Arena.

“We will be ending the AIDS epidemic shortly in America, and curing childhood cancer very shortly,” he claimed.

Twitter users were quick to mock the president’s remarks: