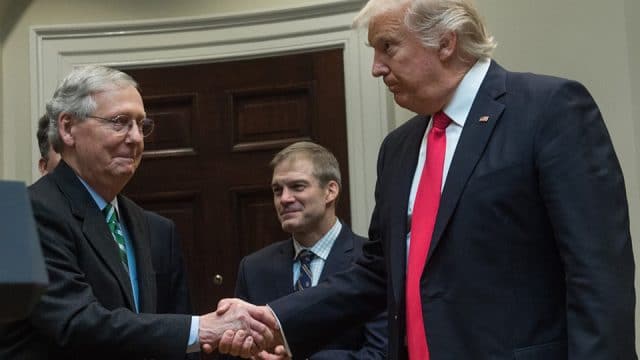 President Trump and his administration just voted against a United Nations ban on the death penalty for being gay, making the United States of America (it’s hard to think this is actually really happening) just one of 13 other countries in the world to oppose such a historic vote.

A few other notable countries who voted against the ban were China, Iraq and Saudi Arabia, and Egypt.

The resolution wasn’t sought to ban the death penalty entirely, but instead to keep it from being imposed in a ‘discriminatory manner,’ particularly in six countries where the death penalty is used for people known to be in same-sex relationships: Iran, Saudi Arabia, Sudan, Yemen, Nigeria, and Somalia.

To have a ‘no’ vote puts the United States in a very select group of countries. Not exactly the best group to be in agreement with on an issue like this. 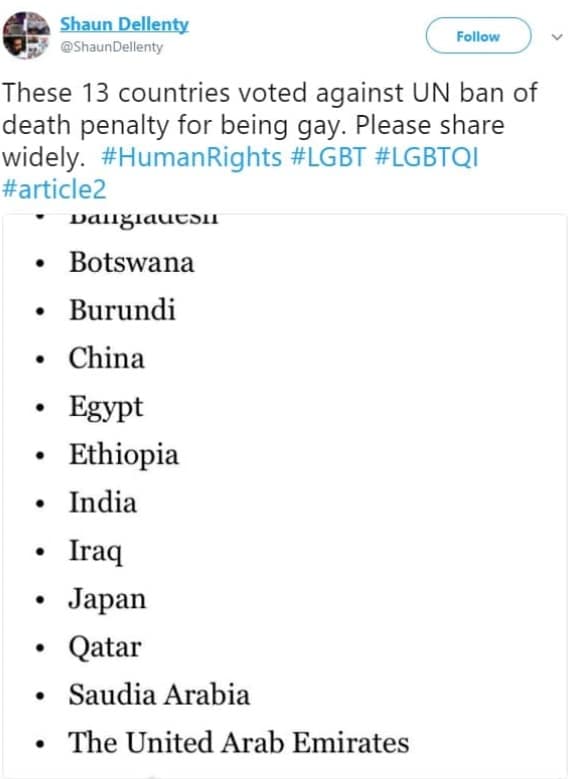 “It is unconscionable to think that there are hundreds of millions of people living in states where somebody may be executed simply because of whom they love.”

“This is a monumental moment where the international community has publicly highlighted that these horrific laws simply must end.”

Since taking office, Trump has made a number of political appointments and policy moves against the LGBT community, including:

Fortunately, the measure passed with 27 countries voting for it, but it still sends a chilling message about a new United States agenda on human rights.