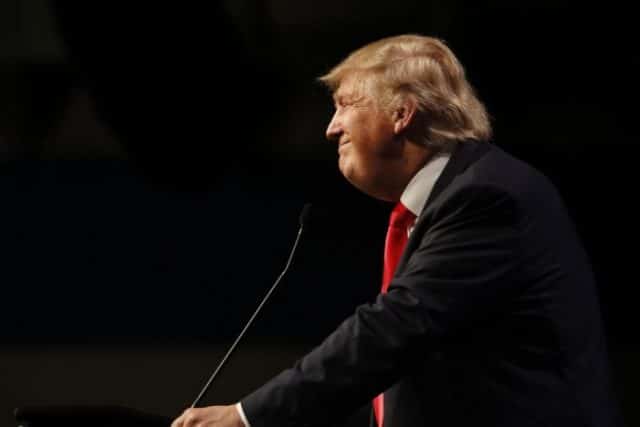 I watched the entire Trump rally in Greenville, North Carolina with alarm for the future of the United States of America.

We have a certified demagogue in the Oval Office with a Republican base that increasingly seems to support democracy only if their side wins. This crass army of angry malcontents raucously invokes America, while sledge hammering our norms and institutions that have kept us safe and prosperous.

They nurse grievances, spread conspiracy theories, create lists of enemies, troll online, express contempt for our government and foment divisions in an increasingly diverse society, all while fancying themselves victims. Are they not the slightest bit concerned where this all leads?

In normal times, this threat would be worrying but still manageable. We could chalk this unpleasantness up to the ranting and raving of a few loud extremists on the fringes of polite society.

But now the boisterous and bizarre have their sites on shattering polite society and their increasingly vicious voices are amplified by the presidency, the largest megaphone in the world. Worse, an entire political party in a two-party system has either backed this dangerous agenda with a full-throated roar or has been cowed into silence.

Even more frightening is the existence of a perverse media universe that ensures Trump’s followers never have to be confronted with facts or reality.

The dire situation has been greatly exacerbated by social media companies who would rather allow Nazis to network and the Russians to influence our elections than crack down and risk losing a portion of their tainted audience.

Meanwhile, the normal media gatekeepers are dismissed as “fake news” and the more venerable GOP leaders who might step up to counter what they know is wrong are too cowardly. On the rare occasion they do summon the courage to question the direction of the Party, they are summarily sliced to bits by Trump’s toxic tweets and subjected to abusive attacks and ultimate banishment.

Into this vortex of vituperation we had Trump’s vile North Carolina rally. The President made clear that there are no moral limits and he will keep going lower and lower until he high-fives Satan. The Republican Party has enthusiastically jumped on board and name-calling is now official strategy, while questioning one’s patriotism is an acceptable tactic, especially if the person has dark skin and a foreign-sounding name.

Let’s be crystal clear: The attacks on “The Squad” (Reps’ Alexandria Ocasio-Cortez, Ilhan Omar, Ayanna Pressley and Rashida Tlaib) were so far beyond the pale that it was incitement to violence. When you claim that minority women elected to Congress hate America and sympathize with Al Qaeda terrorists you are practically begging for a mentally unstable “patriot” to commit unspeakable acts.

If you don’t think violence could occur, remember the whacko who was goaded by right wing media into storming a Washington, DC pizzeria with an assault rifle because he believed the restaurant housed a secret Democratic child sex ring. Words have consequences and if any of these women are harmed, not only Trump, but every single Republican has blood on their hands.

The violent writing is on the wall, so how much longer will Republicans refuse to read it?

The animated mob at the rally, ironically in a nation of immigrants, was enraptured with each racist and xenophobic utterance. They dutifully played their role in Trump’s one man Broadway for Bigots play by rabidly chanting, “Send her back.” Since all of these congresswomen are American citizens, the meaning was clear: Only white Christians are true Americans and everyone else is just taking up space and weakening the country.

It was also disconcerting that one of the largest cheers at the rally came when Trump said that he would protect the crowd’s guns from being taken away. The implication is that armed conflict is an option if this agitated demographic, whose sense of victimization and entitlement is stoked daily by right wing media, doesn’t get their way.

It is chilling how Trump indoctrinates his followers with the lie that he has accomplished amazing things and so much more could have been done if not for a witch-hunt led by traitors who have treated him unfairly. If only these obstacles to American greatness could be removed, the nation would soar to unprecedented heights, he implies.

Given his obvious “historic” achievements and support of 95-percent of Americans, as Don Jr. told Fox & Friends, the crowd is left to wonder how Trump could not win reelection unless nefarious forces cheated and orchestrated a coup.

If political violence is on the horizon, Trump telegraphed at his rally that he would scapegoat ANTIFA, perhaps justifying force by right wing militias. In the coming months, expect to see any action by ANTIFA played on loop in right wing media – with the intended effect of making Trump’s well armed mob feel as if they are under siege with no alternative but to head into the streets to fight back if Trump loses the election.

No doubt, if this squalid day comes to pass, any liberal wearing an Obama T-shirt or a hat with a rainbow flag will likely be targeted as ANTIFA and potentially subjected to violence. These are scary times and given the history of unspeakable crimes against humanity in the past century, we should not be naïve enough to think it could not happen here. In fact, it did happen here if you’ll recall the Civil War.

The most notable insight of watching the rally was to see how Trump strategically uses these adrenaline-pumping circus-like events to browbeat Republicans into submission. Current GOP lawmakers or candidates are called up on-stage for recognition.

For politicians used to average size crowds in high school gymnasiums, the adoration is a revelation. It is clear that they are dumbstruck and awed by the rock star like atmosphere. The experience serves as both aphrodisiac and warning. If you play ball with Donald Trump you will get the hero treatment – and if you don’t you will get the zero treatment. You will be lionized or thrown naked into the lion’s den – there is no in-between.

It is unnerving to watch these politicians prostrate themselves at Trump’s feet and swear allegiance, not to the Constitution, but to a megalomaniacal demagogue. If you wonder why the “family values” GOP defers to an accused rapist who pals around with pedophiles like Jeffrey Epstein, just watch the entire rally to understand the source of Trump’s power.

An interesting aside is how Trump avoided overt anti-gay attacks at his rally. His record on LGBT issues is atrocious, but even when he had his chance to go after the sexual orientation of South Bend Mayor Pete Buttigieg, he mainly focused on making fun of his name. This should not provide a false sense of security.

The Trump Administration has clearly figured that when it comes to LGBT people, it’s better to avoid public name-calling (for now) and instead quietly undo existing protections, single out transgender Americans for discrimination and pack the court with young anti-LGBT judges who will do untold damage for decades to come.

Let’s also not be delusional: For the Mike Pence-loving right wing hoards wildly cheering at the rally, there is no place in America for LGBT people. Well, there is and it’s called The Closet.

I’d like to be optimistic and say that I believe this story has a happy ending. However, it’s impossible to do so when we have a President using the full power and prestige of the office to divide us into warring factions.

When we have a president who claims that he is the victim of a coup and that the only legitimate election outcome is his own victory, when our leader has vowed to accept foreign assistance from the same hostile foreign power that helped elect him in the first place, when such corruption is touted as virtuous on the conservative media ecosystem and a GOP establishment that believes their best shot at remaining in power is limiting the number of voters through suppression at the ballot box.

I’m not sure how this ends, but I do know the current trajectory is unsustainable. When one political party and its charismatic cult leader unrelentingly smashes our institutions, eventually they will crumble. What comes next is anybody’s guess, but we can be pretty certain that it won’t offer the freedom and liberty of our current democratically elected form of government. That’s why it is our duty to defend our democracy from a authoritarian dystopia that threatens our national security and a stable future.