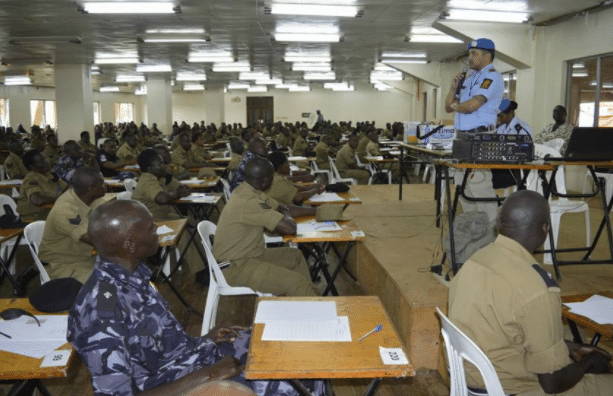 ‘What the training is aimed at, is to teach our field officers to appreciate that minorities have rights that should be respected’

Police in Uganda got sensitivity training to help protect the rights of LGBTI people, even though it is illegal to be gay there.

Uganda is one of the worst countries in the world to be LGBTI, with some lawmakers wanting to introduce a ‘Kill the Gays’ bill.

Police have often been the worst perpetrators of violence and persecution of Uganda’s LGBTI community. Last year police raided several Pride events and arrested attendees. One person even jumped off a building to escape the police.

This year’s Pride event was cancelled for fear of another police raid.

But in an authorized message from police headquarters in the capital Kampala, different police precincts were told to send officers to Thursday’s training.

Police have organised a meeting in which they will sensitize its police officers on how to protect rights of lesbian, gay, bisexual and transgender (LGBT).

James Kusemererwa sent the message from police headquarters and the Inspector General of Police was copied in on it.

‘There will be a sensitisation workshop on minorities rights (LGBT) on Thursday 16 November 2017 at Tick Hotel Kawempe (Division),’ the message read.

‘The target group should include Officers in charge of criminal investigations, stations and regional and community liaison offices. Officers who have never attended a workshop on the same should be selected.’

The training was believed to be a move by police to soften its stance on the LGBTI community, according to a report in the Daily Monitor.

But police spokesman, Emilian Kayima reiterated the training was not about promoting homosexuality.

‘What the training is aimed at, is to teach our field officers to appreciate that minorities have rights that should be respected,’ Kayima said.