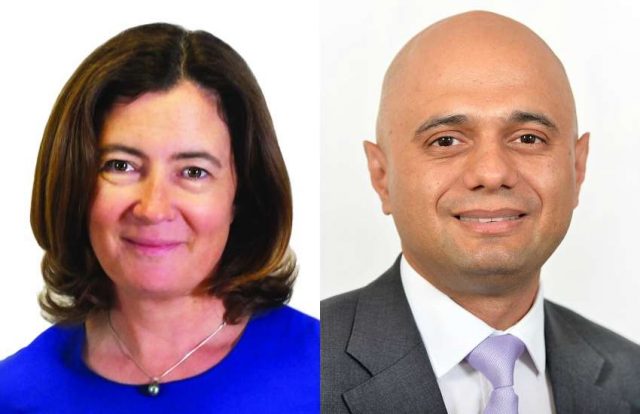 UK Prime Minister Theresa May surrendered to mounting pressure in May and formally announced her resignation.

Gay Star News asked the junior government minister who of the growing number of prospective candidates she would, as minister for equality, prefer.

‘There are a couple candidates I feel are less positive,’ the Baroness admitted.

‘I am supporting my boss, Sajid Javid, I think where he has come from and where he is going almost demonstrates the story of modern day Britain.

‘I hope he becomes our next prime minister.’

The Rochdale-born Javid has used his political platforms in the past to propose and approve LGBTI-progressive policy.

Last year, Javid apologized for the historical homophobia within the Home Office, the ministerial department responsible for security and immigration.

While his voting track record contains absences for bill votes, he was one of lawmakers to vote in favor of marriage equality.

Overall, the minister of equalities is responsible for policy that covers, protects, and aligns with LGBTI citizens. Williams is part of a trinity of ministers in the Government Equalities Office.

As a vicious contest for May’s successor begins in June, Williams was reflective on the importance of having pro-equality policy at the center of the PM’s manifestos.

To the Conservative party life peer, 52, the flow of equality is not one that will stop anytime soon.

‘I think society now expects equality to be promoted by whoever is leader of our [The Conservative] party.

‘We’ve made so much progress in this country in such a short amount of time.

‘The year I was born, 1967, saw the partial decriminalization of homosexuality. So, I do think equality is on that journey.

‘I think all future prime ministers will need to have equality in their hearts. Whether it’s through legislation or policy-making, equality is at the heart of what we do.’

But the final call will go to the ballot of party members, which totals just over 120,000 people.

Moreover, many analysts expect the party to complete the first phrase before Parliament breaks for its summer vacation, towards the end of July.