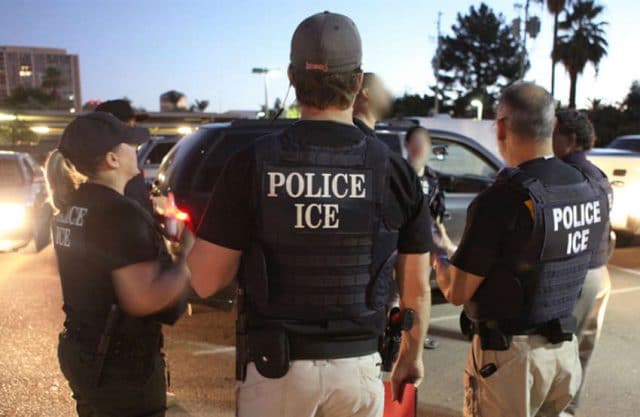 The US is putting thousands of immigrants in solitary confinement, an report has found.

Along with the International Consortium of Investigative Journalists (ICIJ), they compiled more than 8,400 reports describing ICE detainees being forced into solitary confinement.

Authorities also used it to punish detainees for offenses as minor as consensual kissing.

In nearly a third of the cases, detainees were described as having a mental illness, according to ICIJ.

The United Nations has said solitary confinement should be banned except for ‘exceptional circumstances’.

The UN considers solitary confinement for more than 15 days ‘inhuman and degrading treatment’.

But, the ICIJ found more than half of the 8,488 incidents report lasted longer than 15 days.

In 187 cases, authorities detained immigrants for more than six months. In 31 cases, more than a year.

One detainee was 37-year-old Dulce Rivera, from Honduras.

ICE officers placed the transgender woman in solitary confinement in May, 2018.

‘You never know what day it is, what time it is,’ Rivera told Intercept. ‘Sometimes you never see the sun.’

Nearly four weeks after she was placed in solitary confinement, Rivera fashioned a noose from a torn blanket and hanged herself from a ceiling vent.

Guards cut her down before she died. She then spent much of the next year in ’suicide safe’ solitary confinement.

She blames her treatment at the hands of authorities for her mental breakdown.

Bennett said half a percent of ICE’s population was held in solitary for 14 days or more in 2018.

Queer migrants at the Otero County Processing Center were threatened and subjected to solitary confinement after complaining about conditions. Or punished for simply sharing coffee.

An autopsy revealed she may have been beaten before she died.