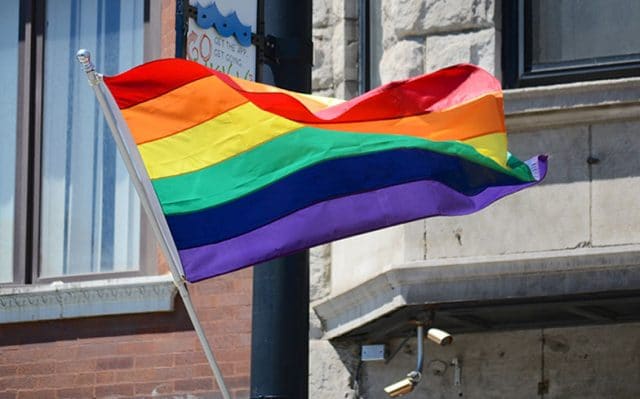 The Tr*mp administration has refused to allow US embassies to fly the rainbow flag outside. The report comes from embassies based in Brazil, Germany, Israel and Latvia.

Richard Grenell, the administration’s most senior openly LGBTQ official, defended President Tr*mp over the move, saying: “The President’s recognition of Pride Month and his tweet encouraging our decriminalization campaign gives me even more pride to once again march in the Berlin Pride parade, hang a huge banner on the side of the Embassy recognizing our pride, host multiple events at the Embassy and the residence, and fly the gay pride flag.”

Joseph Giordono-Scholz, a spokesperson for the embassy, added: “The pride flag will be on as many places as it can at the Embassy.”

American LGBTQ diplomats were reportedly alarmed by the move, and it has been reported that they raised issues in a private group chat, the Gays and Lesbians in Foreign Affairs Agencies.

Despite recognising Pride month for the first time during his presidency this year, the Tr*mp administration has been terrible for LGBTQ rights.

There are far too many to list here, but recent attacks on the community have included introducing a ban on transgender people serving in the military, and education secretary, Betsy DeVos, admitting that she knew her anti-trans policies would “harm” children.

And in his tweet commemorating Pride month, Tr*mp drew notice to his plan to decriminalise homosexuality worldwide. It should be noted that when he was first asked about the policy, the president appeared to be unaware of it.

GLAAD have currently counted 108 attacks against the LGBTQ community from Trump’s administration – you can read all about them in the charity’s Trump Accountability Project.