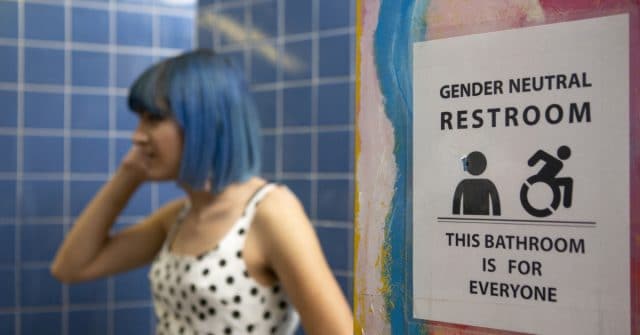 The US Supreme Court has declined to hear a legal challenge to a school’s transgender-inclusive bathroom policy.

Anti-LGBT lobbying group Alliance Defending Freedom had brought the challenge to the policy at Boyertown Area High School in Pennsylvania, which safeguards trans students’ rights to be treated as their preferred gender.

The ADF’s challenge to the law had already been rejected by a federal district court and the Third Circuit Court of Appeals, but on Tuesday (May 28) the US Supreme Court declined to hear the case.

The Supreme Court’s decision leaves the lower ruling in favour of the school standing, meaning the trans-inclsive policy will remain in place.

Transgender ex-Boyertown student Aidan DeStefano said: “By the time I graduated high school, I was using the boys’ bathroom and participating on the boys’ cross country team.

“I felt like I belonged and had the confidence I needed to continue with my education.

“I’m glad the Supreme Court is allowing schools like mine to continue supporting transgender students.”

The decision was celebrated by campaigners as a rare win for LGBT+ rights on the court following the appointment of Trump justices Brett Kavanaugh and Neil Gorsuch.

Ria Tabacco Mar, senior staff attorney with the American Civil Liberties Union’s LGBT and HIV Project, said: “This is an enormous victory for transgender students across the country.

“Boyertown’s schools chose to be inclusive and welcoming of transgender students in 2016, a decision the courts have affirmed again and again.

Mar continued: “Thankfully, today’s announcement allows schools to move forward with policies that support transgender students. But our work is far from over.

“We will continue to defend the transgender community from attacks in the courts, the legislatures, and the White House.”

Alliance Defending Freedom, a listed anti-LGBT hate group responsible for dozens of lawsuits aimed at undermining LGBT+ rights protections across the US, said it would continue pressing its case.

ADF Senior Counsel John Bursch said: “We believe the Supreme Court should have reviewed it. But we hope the court will take up a similar case in the future to bring much needed clarity to how the lower courts should handle violations of well-established student privacy rights.”

The Supreme Court is still preparing to hear a broader LGBT+ rights case that has campaigners worried.

The case will evaluate whether LGBT+ people are entitled to protection from discrimination in employment under current law.