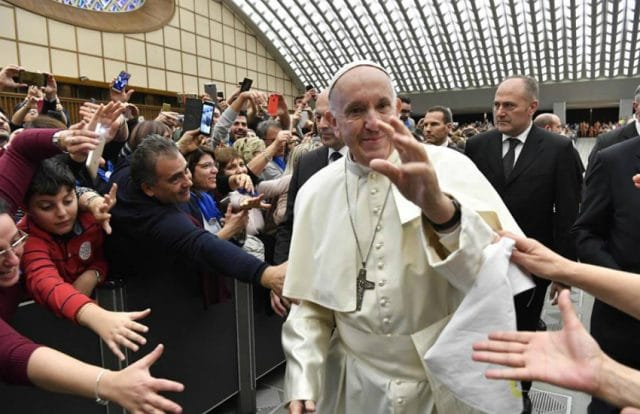 The Vatican has issued a statement rejecting trans people, saying they ‘annihilate…the concept of nature’.

In a new document issued during Pride Month, the Congregation for Catholic Education has issued a crushing statement on trans issues.

The office responsible for overseeing education calls trans people experiencing ‘nothing more than a confused concept of freedom in the realm of feelings and wants’.

‘Male And Female He Created Them’, was released by the Vatican on 10 June without prior announcement.

It is described as an ‘aid for Catholic schoolteachers and parents’. The document is also signed by Italians Cardinal Giuseppe Versaldi and Archbishop Angelo Zani.

Pope Francis has not signed the document.

However, this is the most critical statement on trans people the Vatican has given since the pontiff compared .

The biological differences between men and women are ‘constitutive of human identity,’ the office claims.

‘Efforts to go beyond the difference, such as the ideas of “intersex” or “transgender”, lead to a masculinity or feminity that is ambiguous,’ the document stated.

If someone is not cisgender, they are aiming to be ‘provocative’, according to the office.

It states: ‘In this understanding of things, the view of both sexuality identity and the family become subject to the same “liquidity” and “fluidity” that characterize other aspects of post-modern culture, often founded on nothing more than a confused concept of freedom in the realm of feelings and wants, or momentary desires provoked by emotional impulses and the will of the individual.’

The Vatican also calls on doctors to ‘intervene’ on intersex patients, even when parents do not agree.

Intersex groups are against medically unnecessary procedures intended to ‘normalize’ infants at birth. Many of these procedures may impact a person’s quality of life.

The only saving grace of the document is that it praises educational programs that combat ‘unjust discrimination’.

A New Ways Ministry spokesperson described the document as a ‘harmful tool’.

They said it will be used to ‘oppress and harm not only transgender people, but lesbian, gay, bisexual people too.’

”The document associates sexual and gender minorities with libertine sexuality, a gross misrepresentation of the lives of LGBT people which perpetuates and encourages hatred, bigotry, and violence against them,’ they said.

‘The document… will confuse those who sincerely struggle with questions of gender identity and sexual orientation. Such confusion leads to self-harm, addiction, and even suicide. The misinformation the document contains will cause families to reject their children, and it will increase alienation of LGBT people from the Church.

‘The only truth that the document reveals is that the Vatican remains ill-equipped to discuss gender and sexuality in the modern world.

‘By ignoring new scientific understandings of gender identity, and by refusing to engage in dialogue with LGBT people about their lived experiences of self-understanding and faith, the Vatican remains in the dark ages, promoting a false teaching that relies on myth, rumor, and falsehoods.’