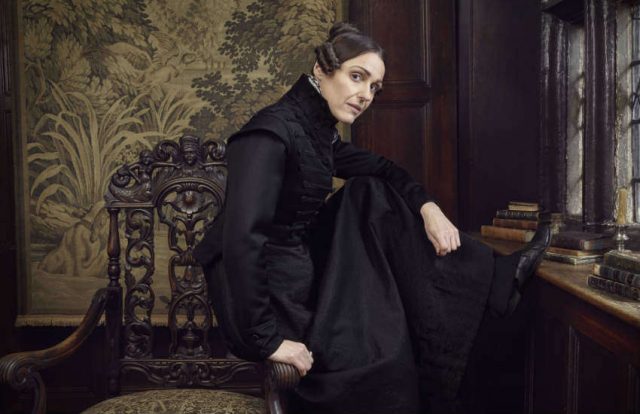 It looks like we haven’t seen the last of Gentleman Jack yet — and thank goodness.

BBC has just ordered a second season of the lesbian tale while the series is still airing both in the UK and in the US on HBO.

This should be enough to get a taste of the relevance of this Victorian period drama on the real-life industrialist, gender non-conforming lesbian Lister.

Set in 1832, the show created by Sally Wainwright speaks right to the hearts of older and younger generations of queer women.

‘Where the series ends is just the beginning,’ the showrunner said at the London premiere earlier this month.

Known as Gentleman Jack, Lister is a life-affirming, charismatic, sex-positive heroine who paved the way for the LGBTI community. The best part is she didn’t even realize how groundbreaking her desire to share her life with a woman was. 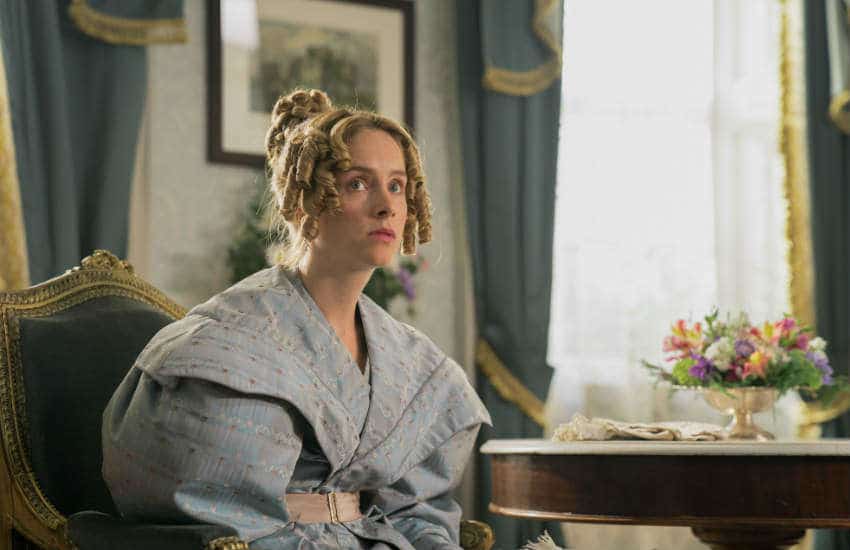 Led by English actress Suranne Jones in a brilliant performance, the show was praised by critics and viewers alike.

Despite her nearly superhero-like persona, it’s when the audience enters Anne’s own world through the cracks in that unapologetic appearance that Gentleman Jack speaks volumes.

This happens in the form of several fourth wall breaks. A Victorian , Anne Lister winks at the camera, dragging the audience to 19th century’s Halifax.

‘I’m so thrilled that I will be joining Sally Wainwright on the second part of Anne’s journey,’ Jones said about the renewal.

‘We always dreamed there would be more and now we get to play it all out.’ 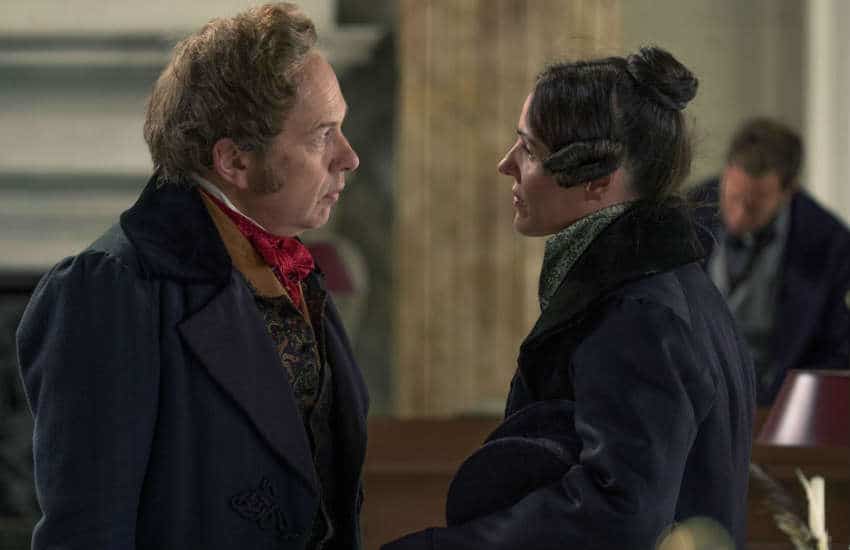 Anne Lister won’t let any man look down on her. | Photo: BBC

Lister’s diary is a precious document she kept throughout her life which served as a main primary source for the show.

27 volumes of 300 pages each, mostly written in code as being openly LGBTI wasn’t an option at the time. Quite an ambitious endeavor to condense that in a suitable format for television, but Wainwright managed to do so in a compelling way.

Because, unlike Austen’s characters, Anne Lister is also a woman who isn’t afraid to take the reins of a coal-mining business.

She fast-walks her way through a male-dominated world she isn’t scared to rock to the core. Even if this means facing homophobic, heteronormative abuse.

Several characters gravitate around Anne, including Aunt Lister played by Gemma Jones, who reprises her role from a 2010 film.

‘ Gemma Whelan plays Anne’s snappy, more traditional sister Marian. And their sassy bickering is among the finest moments on the show. 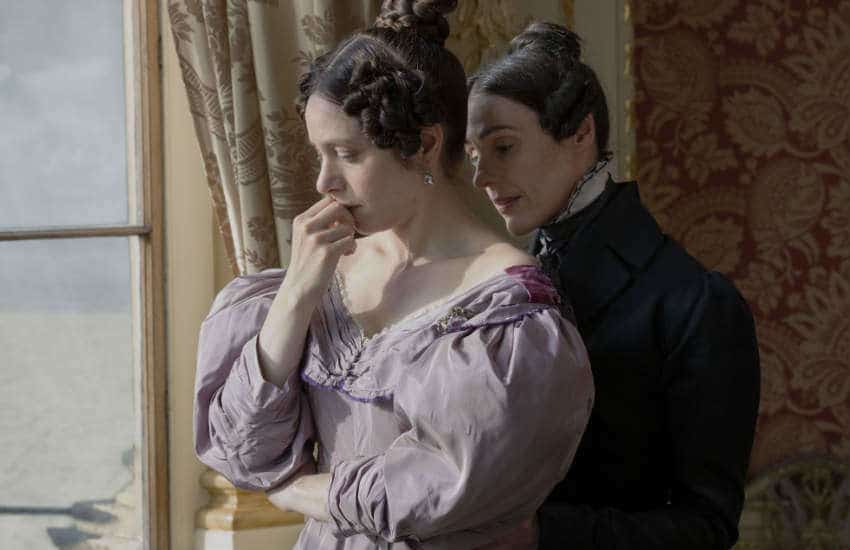 Business aside, the show focuses on the passionate buildup to Lister’s relationship with Ann Walker (Sophie Rundle). The two will go on to live together as a married couple.

‘Lister was so convinced that she wanted a relationship in the same way she looked at straight relationships,’ Jones said at the premiere.

‘Anne wanted marriage, she wanted to live with a woman, she wanted all the things that a straight relationship could bring her and find happiness in that.’

Unlike her female lovers, Lister had no intention to cave to a straight, unhappy marriage.

‘She could’ve got married, could’ve had more money, and yet she didn’t want to do that. All she wanted was to live with a woman and find happiness in 1834, it’s unbelievable,’ Jones continued.

Anne Lister’s romance with Ann evolves continuously. Started off with Anne being interested in fair-haired Ann’s fortune, their love gets real as the show unfolds until Anne proposes to her in episode three.

Introduced as a fragile creature, Ann blooms thanks to the empowering energy of her love for Anne Lister. Hopefully, we’ll get to see more of her new side in the second season. 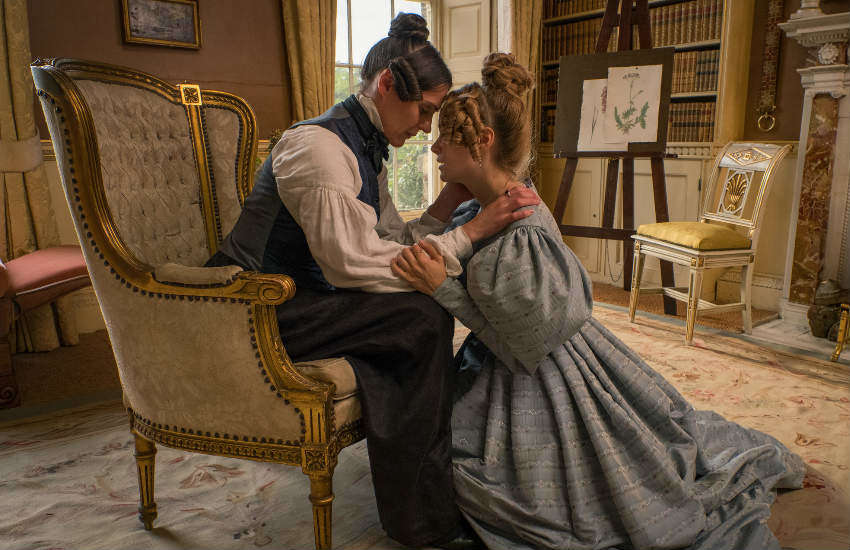 To add to the remarkable realism of those moments, an intimacy coordinator helped choreograph the scenes. And the quality of sex is different each time.

Viewers get to see Anne tangling to past and present lovers. Tender moments, but also voracious, eager sex which dismantles the idea of women being too delicate to like it rough.

The most striking thing about their relationship, however, is the way they communicate. Anne asks for consent before initiating the sex and the two women have an open, honest conversation about intimacy in the same way they’d do it with any other topics.

‘Love needs a language to express itself,’ says Anne Lister in the third episode and that surely applies to sex as well.

Her wife-to-be Ann Walker’s sexual awakening is crucial in this regard. And, just like her, we can’t help being a bit in love with Anne Lister, too.