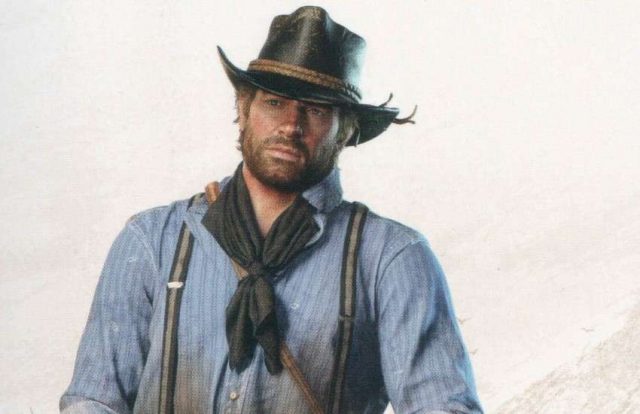 While at a convention, a fan recorded Clark sharing a personal message. He spoke in-character as the cowboy Arthur Morgan for the message.

‘Hey there, cowfolk, Arthur Morgan here,’ he begins. ‘Be beautiful to each other, keep loving Red Dead, keep loving everyone.’

‘And don’t forget: TERFs ain’t got no friends, trans people are people, be beautiful to each other, you’ll be all right.’

The video, posted toTwitter, originally came from an Instagram story.

The original poster wrote on the video: ‘Arthur Morgan loves trans people I knew it’ and ‘I’m not crying you’re crying’.

It had the second-biggest launch in the history of entertainment, earning over $725 million in its first weekend and selling 24 million copies.

In the world of vide game awards, he won the Critics Choice at the 2018 Golden Joystick Awards. It also won Best Narrative and Best Score/Music at The Game Awards 2018.

Arthur Morgan as a character is a cold and sometimes ruthless outlaw in the American west. However, the game also shows he’s more progressive than other people of the time period the game takes place in (the late 19th century). He’s willing to work with women and is disgusted by racism.

This progressive streak is what Clark channeled in his message, extending the progressivism and acceptance to trans people.

Like other industries, the video game community has had its problems with , making this a clear triumph.