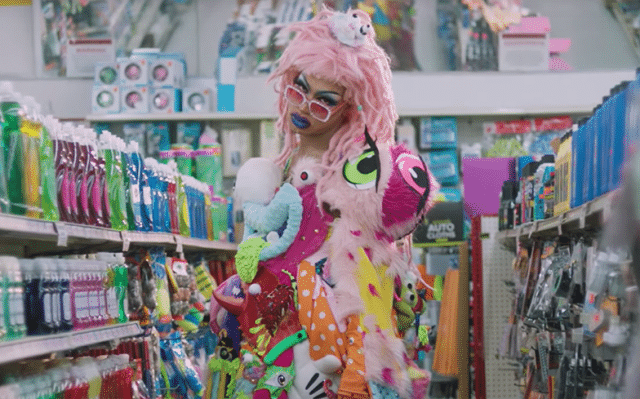 During last week’s season 11 finale of RuPaul’s Drag Race, the sickening performer earned the title of America’s Next Drag Superstar and won a cash prize of 100,000 dollahz – and it looks like she’s making good use of that money (honey).

In the video for the Macklemore-esque trap anthem, the star trashes a dollar store with the help of her queer friends, all while donning her gag-worthy lip sync lewk against A’Keria C. Davenport and performing her signature backbend.

Speaking to PAPER, Yvie said of the track: “Dolla Store is really a parody of some of my favorite rap music.

“It’s inspired by the bravado of rappers who brag about their luxurious purchases and lavish lifestyles, but set in the context of a dollar store because it’s where some of my favorite drag has come from.

“I wrote this song after I got back from filming and taking a trip to this new, fancy, dollar store that opened up by my house. For the first time in my life I felt like a baller so I wanted to celebrate that.”

Watch Yvie’s video for Dolla Store – which is available now on iTunes and streaming services – below.

Related: Ooh gurl! Here’s our ranking of all 15 seasons of RuPaul’s Drag Race.