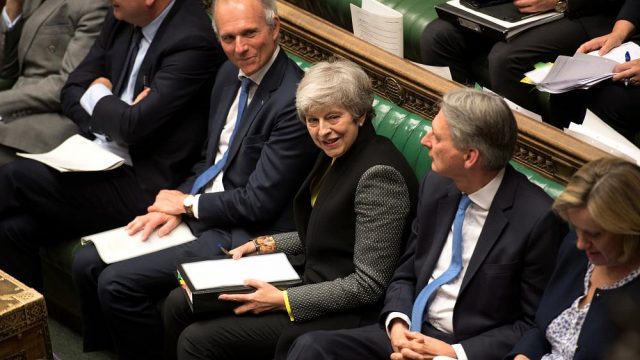 _Watch May answer questions in parliament in the player above or by clicking here.
_

With only two weeks left as British Prime Minister, Theresa May will on Wednesday take questions in parliament where the focus is expected to be on the fallout of a diplomatic cables leak, which strained relations with the US.

Secret messages in which the UK ambassador to Washington Kim Darroch described US President Donald Trump and his administration as “inept,” “insecure,” and “incompetent” were released by the Daily Mail on July 7.

May has so far stood by her man in Washington, saying Darroch had her “full support” but the Foreign Office announced on Wednesday that Darroch had resigned.

Trump lashed out at them both on Tuesday, branding Darroch “wacky,” “very stupid,” and “pompous,” adding that May’s handling of the situation was “foolish”.