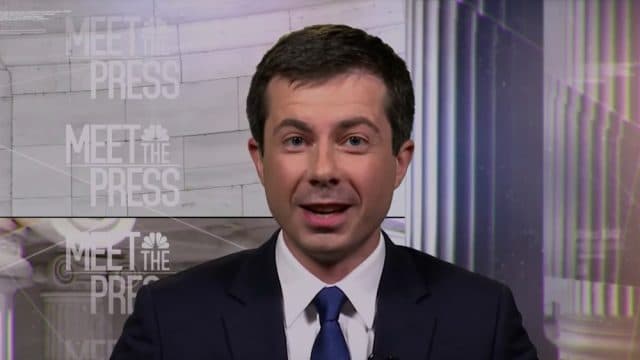 In an interview with Meet the Press host Chuck Todd yesterday, Todd asked Pete Buttigieg whether he thought African Americans would vote for him despite his being gay.

Todd read a quote from the Reverend Rodric Reid, a black pastor at the Uplift Church in Indianapolis. Reid said of Buttigieg’s homosexuality:

Tood asked Buttigieg, “I know you’re trying to have these conversations with a lot of African Americans. How are they going?”

When Todd followed up by asking how Buttigieg would respond to voters who are unsure whether to support him as an out gaycandidate, Buttigieg said, “I’d invite them to look at what happened in South Bend. I have every confidence that American voters, especially Democratic voters, will not discriminate when the opportunity comes up to choose the right leader for the future.”