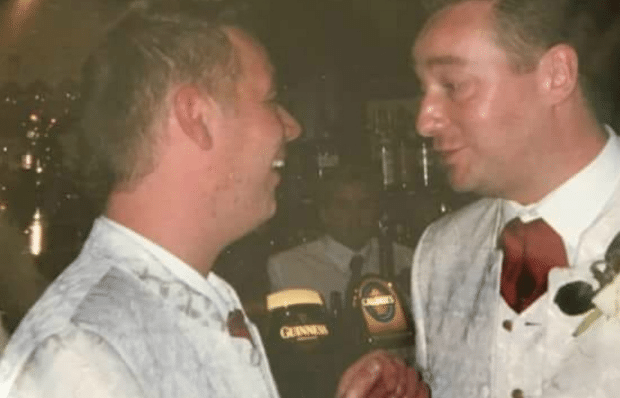 A man famous on the Cardiff gay club scene has died ‘of a broken heart’ just weeks after his husband passed away.

People are paying tribute to Steven Collyer, 52, after he died on Tuesday 4 September. His partner, Jason Roe, died from an illness just six weeks before.

Steven and Jason made a massive impact on the gay scene in the Welsh capital. Steven opened the first WOW gay venue in the 1990s, and also ran Koolers Nightclub and Club Cardiff.

The couple were together for 28 years and ended up opening a famous fish and chip shop in Torquay, Devon in England.

A close friend of the couple, Jade Smith, told DevonLive: ‘Steven died of a broken heart six weeks after Jason.

‘Steven will be sadly missed by each and every one he met.’

Tributes from around the UK

Steven’s sister, Vicky Roffi, added: ‘Steven was an amazing man, amazing friend, but most of all he was loved by so so many people. I for one will greatly miss him.

‘Wherever they went Steven and Jason made a massive impact. They were very outgoing – especially Steven.

Steven is survived by his daughter, Stacey.

Tributes from Cardiff and Devon have poured in for the couple. The fish and chip shop, Shiphay Chippy, hoisted a Welsh and Devon flag outside, and flowers have been placed on the steps. The shop has closed until further notice.

Rest in Peace together, Steven and Jason.