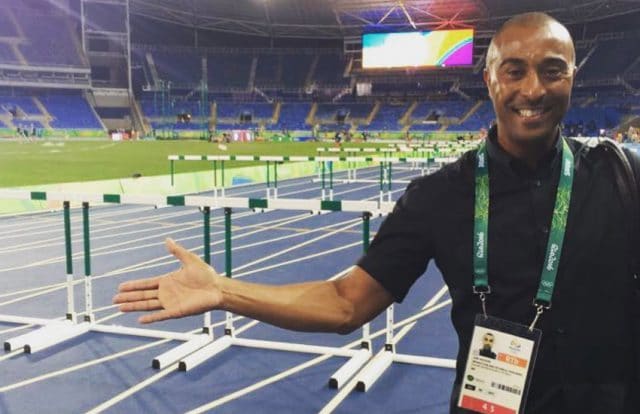 Jackson on his family support: ‘I’ve got the best parents’

He revealed his sexuality in a clip on Swedish television promoting the series Rainbow Heroes.

On why he waited to reveal his sexuality, he said: ‘The way you asked me, it was a whole storytelling kind of thing and you were just interested in the way it affected me sports-wise, emotionally-wise and my preparation.

‘I think lots of people who have asked me before about it have wanted to sensationalize it,’ he told SVT.

It's an early morning for me… But the sun is shining ☀️

Jackson reveals he was forced to come out to his parents after an ex-boyfriend sold his story to a British tabloid in 2006. A gay male air steward claimed to have a secret relationship with Jackson.

He said: ‘I was waiting for them in the kitchen. They walked in and they sat down. My mother could see my face and I was quite distraught.’

Jackson had to explain about the story in the news and his parents were completely understanding.

He said: ‘It didn’t phase them at all.

Just heading for a bit of spa treatment after a gym workout. #thebodyholiday

‘And I said it’s true, so it’s not like I can deny it. And then she went: “Well, why are people so disgraceful?”

‘I just realized, I’ve got the best parents,’ he added.

Over Jackson’s career, he won an olympic silver medal and became world champion twice. He also held a world record for over 10 years for the 110m hurdles.

In 2008, Jackson told the Daily Mail he wasn’t gay and said he was sick of constant speculation.

He said: ‘I think it’s just rubbish. It makes no real sense to me.
‘It’s quite strange and bizarre but people say what they say,’ he said.

He added: ‘It’s the 21st century. I don’t think anybody thinks about that any more.’

A full interview with Jackson will also air 3 September.