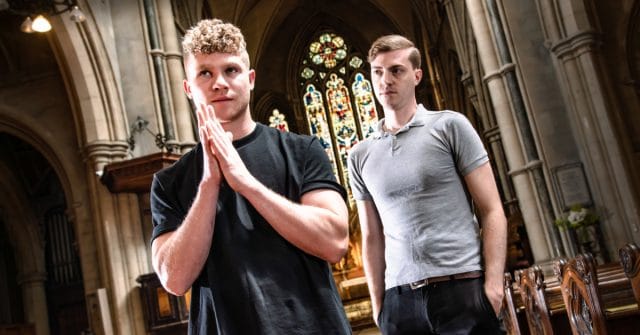 An amazing Broadway and West End cast has been announced for the musical Bare: A Pop Opera at The Vaults in London.

Directed by Julie Atherton, the show follows the students of a Catholic boarding school as they explore sex, drugs and queer identity.

Bare: A Pop Opera is a rock opera featuring music by Damon Intrabartolo and lyrics by Jon Hartmere.

Taking the role of Sister Chantelle is Broadway star Stacy Francis, who appeared in the Broadway version of Footloose, and joining her is the West End’s own Jo Napthine, who featured in the productions of Mamma Mia, Made in Dagenham and Sister Act.

Actor Mark Jardine will play the priest, while stepping into the lead as struggling Golden Boy Jason is Darragh Cowley, who starred in Spring Awakening at the Hope Mill Theatre and Snow White at the London Palladium.

Daniel Mack Shand, who featured in Les Misérables, will appear as Jason’s star-crossed lover Peter, and Lizzie Emery will take the role as Ivy.

The character Matt will be played by Tom Hier, who starred in international tour of Miss Saigon and Joseph and the Amazing Technicolour Dreamcoat.

Completing the amazing line-up are Tom Scanlon, who appeared in Kinky Boots, as well as Alexander Moneypenny and Hollie Ann Lowe.

The show delves into the minds of the pupils of St Cecilia’s as they have their own coming-of-age epiphanies.

“I’m so excited to work on this show as I love theatre that challenges archaic ‘one size fits all’ systems and raises important questions,” director Julie Atherton commented.

“It’s hard to believe that this piece is still so relevant today and that in 2019 (and even in our own theatre community) we are still fighting homophobia.”

Producer Jason Shand-Rodger added: “This is an incredible show that needs to be seen.

“We want to create a production that is innovative, dynamic and inspiring, and The Vaults is the perfect setting to allow you to really feel part of this amazing story.

“With the current uncertainty around the world in relation to human rights and equality it is important these issues are brought to light and that this story is told for people to connect with.”

Tickets are available priced from £19.50 during previews, and from £24.50 during the rest of the run, from The Vaults.