Home Gay Life What Do You Do When You Discover Your Straight BFF Is A... 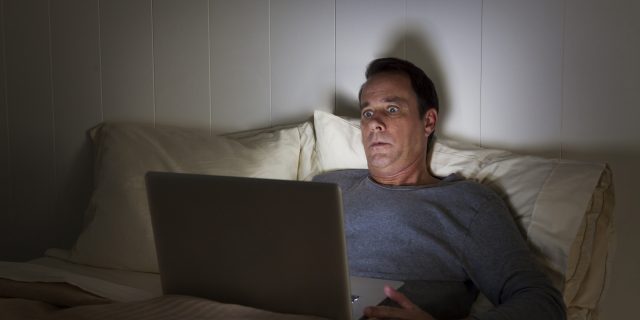 Imagine turning on to your computer for some much-needed gentleman time, logging onto your favorite adult site, and seeing your best friend, who you always thought was straight, getting it on with another dude.

That’s exactly what happened to one guy on Reddit. And now he doesn’t know what to do.

He goes on to say that he considers the guy to be one of his really good friends, and that if the other people in their social network knew what he was doing in his spare time, they would be “shocked.”

“I don’t have a problem with him being gay,” the man continues, “but by finding out by seeing him performing gay sex is shocking. I can understand why he wouldn’t tell us.”

He now wonders: “Could there be a chance for someone to perform gay sex and not be gay?”

“Maybe he needed the money. I don’t know,” the man speculates. “I feel terrible because if he did it for money I would have lent him what he needed with no questions asked.”

He’s also worried about the future of their friendship.

“I’m afraid I could lose a good friend if I confront him about it,” he says. “There could be a chance he may never tell us which is understandable. …Advice?”

“Its called ‘gay for pay’,” one person responds. “And if he didn’t tell you, he probably doesn’t want you to know. I’d just leave it.”

“You don’t do anything!” someone else says. “Not your business!”

But our favorite piece of advice probably has to be this: “Watch a different video.”

What would you do if you discovered one of your best friends was secretly moonlighting as an adult film performer? Sound off in the comments…