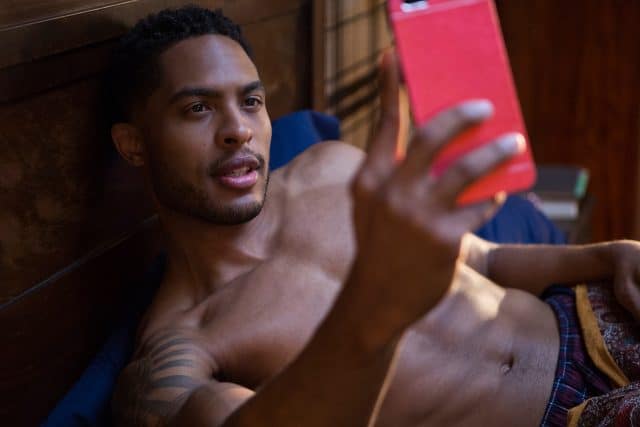 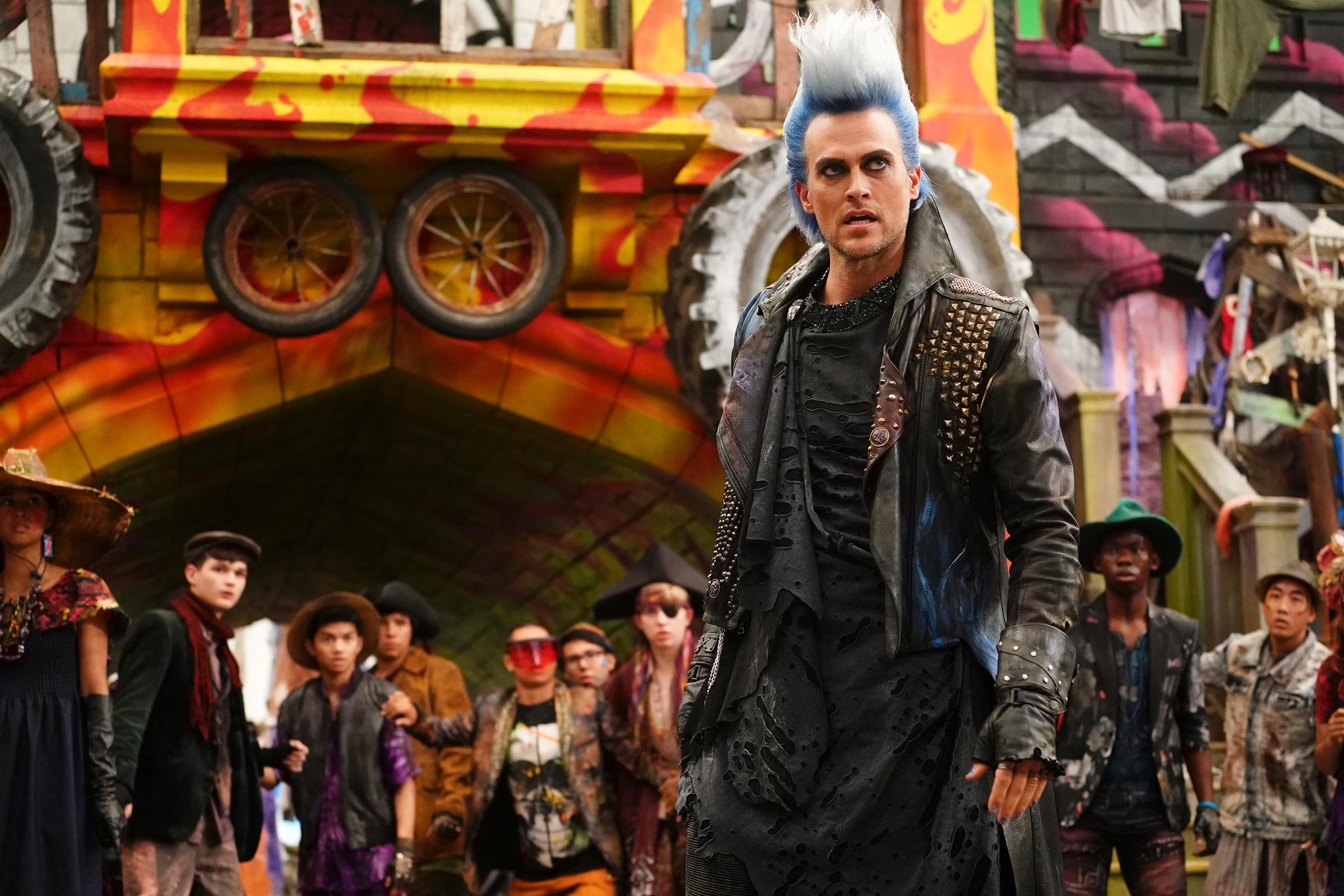 Stepping out on a movie date this weekend? Netflix and chillin? Whatever your entertainment needs, we got your back (and hopefully your mind) with Queerty’s weekly “What to Watch” column with some of the highlights of new releases, streaming shows, and classics worth revisiting. Enjoy!

The Step Out: Cassandro The Exotico

Meet Saul Armendariz the 47-year-old Mexican athlete better known by his drag queen wrestler alter ego, Cassandro the Exotico. This new documentary tells the life story of Armendariz, how his coming out helped shape his sports career, and how he brought a welcome dose of fabulosity to the ring. Oft compared to Liberace, Cassandro shows how authenticity—no matter how surreal—can lead to a happier, healthier life, not to mention one totally beguiling to watch.

The Netflix hit returns with five new episodes for Season 3, which finds Adora, Bow and Glimmer headed off to a lawless wasteland to seek technology to defeat the Horde…and discover the truth about her origins. Oscar-winner Geena Davis joins the cast as Huntra, a butch warrior woman who may or may not have a romantic spark with Adora (yes, really). Even better, several classic characters from the He-Man/She-Ra roster land in this season. Rumor has it Netflix is already moving ahead with Season 4 and beyond. Does this mean a certain harness-clad strongman could be showing up soon?

Speaking of popular Netflix series, Dear White People launches a new season this week, full of as much tough piss and vinegar as ever. This season finds things getting much gayer as Lionel (DeRon Horton) goes exploring to discover Winchester’s gay culture. Even better, the show nabbed the talents of two queer directors, Kim Pierce (Boys Don’t Cry) and Cheryl Dunye (The Watermelon Woman), who lend their considerable skills to the season. Sharp, biting and funny as ever, the new season will no doubt infuriate some fans with its scattered storytelling but continues the same wicked satire that made the first two seasons so memorable.

At this point, either you can get on board with Disney silliness, or you can’t. For those that do, and who treasure the fairy tale-rich canon of Disneyana, Decedents 3 should strike your fancy. The TV movie caps off a trilogy about the descendants of classic Disney characters who carry on the family legacy. In the case of villains—the real draw here—that means continuing to wreak havoc wherever possible. The new film features Broadway babe Cheyenne Jackson joining the cast as the nefarious Hades (grandson of Hades from Hercules) as well as Jamal Sims (best known as a choreographer and the director of When the Beat Drops) as Dr. Facilier (of The Princess and the Frog), both of whom add much-appreciated energy to the show. The film also showcases the final performance of Cameron Boyce, the beloved singer/actor whose sudden death rocked Hollywood earlier this year.

Airs on the Disney Channel August 2, and periodically thereafter.

The perennial MTV favorite and mother of all reality shows keep on coming, and keeps on blazing new trails. No matter how tabloid, The Real World will always deserve respect for depicting out and proud queer people, especially that of Pedro Zamora, who lived with AIDS and had a marriage ceremony to his husband on the show, and that was during the 1990s, folks. The show continues that tradition with the introduction of the sexually fluid Dondre in the Atlanta house, and the transgender housemates Dany in Mexico City and Fifi in Bangkok. For once, reality TV gets, you know, real thanks to an ongoing eye toward diversity, a few brave people willing to share their lives with the world.

The specter of the Manson Family still looms large over pop culture, and given that Quentin Tarantino’s Once Upon A Time In Hollywood opened last week and reignited interest in the heinous cult, what better timing for Mary Harron’s excellent Charlie Says to come to streaming. With a script by queer writer Guinevere Turner, Charlie Says tells the story of the Manson Family from the point of view of three of the female members who must come to terms with their roles in one of the most notorious crimes in Los Angeles history. Shout! Factory releases the Blu-Ray this week, loaded down with plenty of behind the scenes morsels that make the film—and the events that inspired it—all the more captivating.

Olivia Coleman shocked Hollywood by beating out Glenn Close for the Best Actress Academy Award this year. Now her hilarious performance–and the movie that facilitated it–comes to HBO Go. In The Favourite, Coleman plays Queen Anne of Britain, one of the worst monarchs in the history of the nation: a snippy, spoiled, mentally unbalanced lesbian who doesn’t have a clue how to run an empire. Fortunately (or not), Queen Anne has two ladyfriends who know how to get things done: Sarah (played by Rachel Weisz) and Abbigail (played by Emma Stone) who quickly come into conflict with one another over who has authority over the queen. A period epic like The Favourite generally doesn’t get played for laughs, but that’s part of what makes the film so irresistable–it’s a downright riot from start to finish.

Boy Erased made our list of the Best of 2018 (as did The Favourite, incidentally), and with good reason. Based on Garrard Conley’s heartbreaking memoir, the film tells the story of an outed college student (played by Lucas Hedges) sent to conversion therapy by his parents (Nicole Kidman and Russell Crowe, both excellent). Few movies deal with the horror of conversion therapy with as much complexity or sensitivity as Boy Erased, which left us a blubbering mess in the cinema. No doubt it will have the same effect when viewed at home for its depiction of psychological torture…and for the pathetic people who inflict it on others in the name of God. 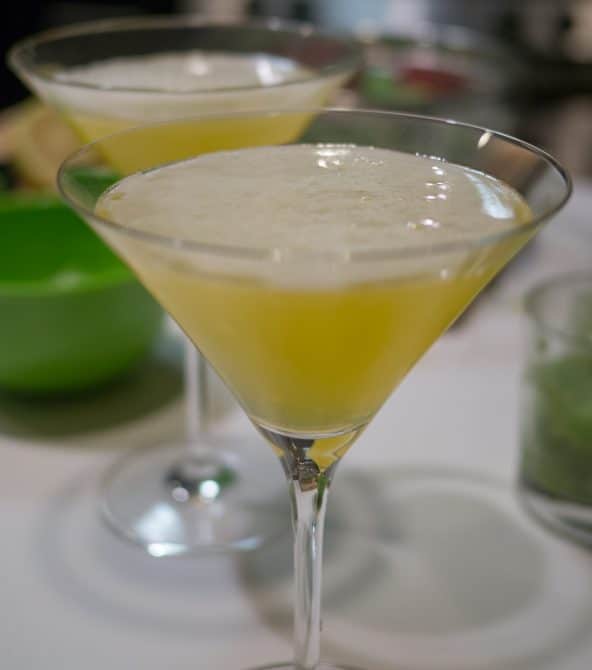 In honor of Cassandro the Exotico body slamming into theatres, we suggest this sippage which will, no doubt, leave you feeling slammed too.

Shake over ice and strain into a cocktail glass.