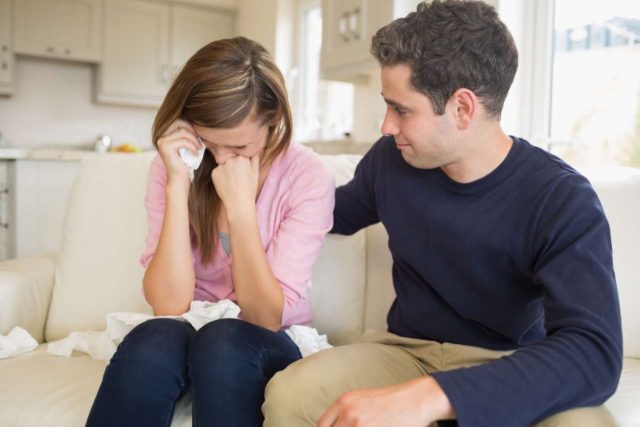 What’s it like to discover your husband is gay? Three women from three different generations recently shared their stories with The Huffington Post.

Susan is 51 years old. She says she originally thought her husband of 20 years had grown distant because he was having an affair with a woman, only to discover he was actually gay.

“I’d heard him talking on the phone to someone about dancing at a bar, and then somehow I figured out he was speaking to a man,” she recalls. “One night on vacation we were drinking probably a little too much and I asked him about it, his response to me was ‘I’ve always found men attractive.’”

After sobering up, her husband refused to talk about his homosexual desires again and for years Susan quietly agonized over it. Then last year, she finally confronted him about it.

“I got the courage to ask the question, ‘Did you know before you married me that you were gay?’ and he answered yes,” she says. “There was a huge part of me that was angry and hated him, but at the same time there was just as huge a part of me that felt sad for him.”

The couple split up. Susan says still working on trying to have a civil relationship with her husband for the sake of their kids.

“I tell my children, in a perfect world, we could all spend holidays together, I’m just not 100 percent there yet,” she says.

Amity is 87 years old. She and her husband were married for decades and had two children together. Everything, she says, was “wonderful” until the day he checked into the hospital for a minor surgery.

“I went to visit him while he was under influence of anesthesia,” she recalls. “He said, ‘I have something to tell you. I’m gay.’ I burst out laughing and said, ‘Are we ever in a soap opera?’”

Amity’s husband explained that he been with a man before marrying her, but his Catholic upbringing prevented him from living his truth. After absorbing the news, she began to question whether she was somehow to blame.

“Wasn’t I sexy enough? Didn’t I know the right lovemaking technique? You just wonder, ‘If my life has been involved in someone else’s lie, then who am I? My whole belief system went askew. It was rather obvious, it was like a prison for him.”

The story then takes a very sad turn.

“One day he told me, ‘I don’t think I can go on anymore.’ I said, ‘Of course you can!’ The next day he took his own life,” she recalls. “I think he was depressed because [for] his whole life he wasn’t able to be himself.”

Finally, there’s Judith, who is in her 70’s. She knew her husband, Dick, confessed to her that he was gay before they ever married, but that she didn’t believe him. She asked him to get therapy, which he did.

She says the marriage was “rocky,” but that they never talked about elephant in the room. Eventually, they had a daughter together then split up. Judith remarried, but always kept in close touch with Dick.

“He was the most important person in my life,” she recalls. “It was never a problem with my husband until Dick died in 1986 from AIDS. My husband was surprised by my grief. I’ve never bonded with anyone that way. My whole youth and my young enthusiasm were bound with him.”