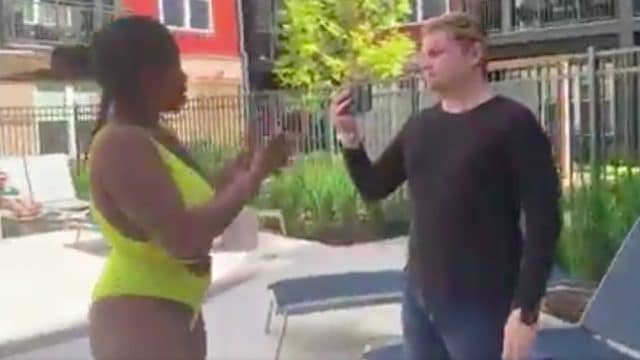 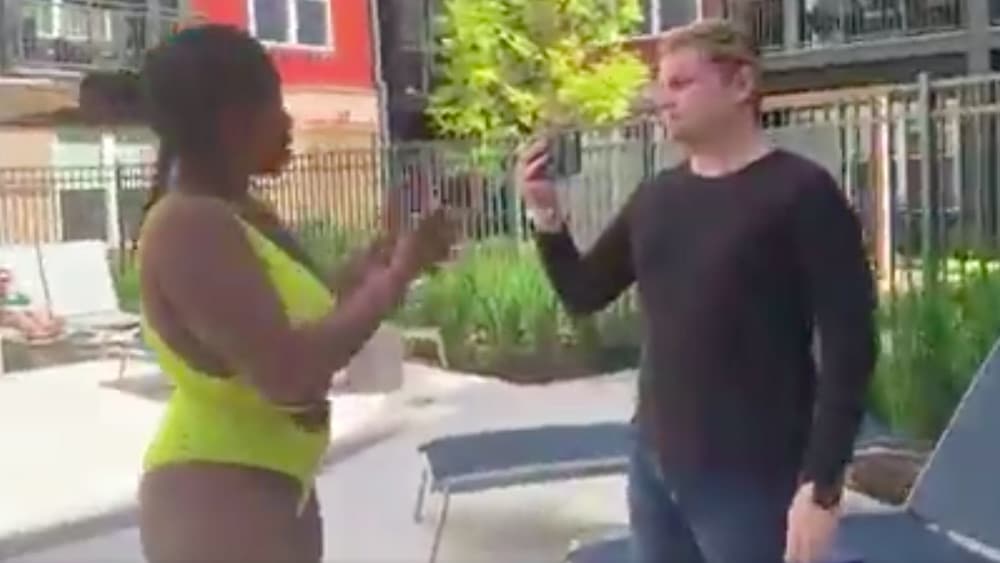 A gay white man who became infamous last month when a video of him repeatedly harassing a black woman at a pool went viral has now claimed that his racism is caused by his autism. And here’s the thing — he might be telling the truth, at least according to one autism researcher.

The man in question, Nick Starr-Street, confronted two black women, Felecia Soso and Gaëlle Claude, for allegedly playing their music too loudly at the pool in the Hyattsville, Maryland apartment complex where they all lived.

Here’s a video of Starr-Street confronting one of the women at the pool:

In a separate incident that same month, Starr-Street allegedly stalked two black women for a mile and called the police because the women were drinking wine and taking pictures at an apartment pool.

If this guy sounds familiar, it could be because in 2016 he wondered why Drag Race All-Star Roxxxy Andrews hadn’t died at the Pulse Nightclub shooting. He also posted anti-Semitic and racist tweets in 2011. His Instagram profile, which showed a picture of him kissing his husband, included the bio: “Notorious, news making, outspoken, autistic. Anti-LGBTQ. Don’t follow me if you suck d*ck.”

He has since been suspended from Twitter and was evicted from the apartment complex. He has also deactivated his Facebook account and made his Instagram profile private. But on Facebook, Starr-Street said that he reacted as he did towards the women because of his autism.

“I’m autistic and lack a gauge that goes anywhere but 0 and 100,” Starr-Street wrote. “When I see a lease violation, I call it out and do everything in my power to make sure it is resolved, no matter who is the person violating.”

But here’s the thing: According to autism researcher Damian Stanley, a man who helped author a 2015 National Institute of Health report entitled, “Implicit Social Biases in People with Autism,” people with autism sometimes stick to a very specific set of rules that they adhere to in (pardon the pun) black-and-white terms.

Stanley says, “Explicit biases that they’ve been exposed to growing up would be rules” to some autistic people.

So if Starr-Street is actually autistic and grew up around racism — whether overtly from his family or just societally from bias in media and politics — it’s possible that he could’ve developed a set of “rules” that makes black people seem worth policing. However, Stanley says that autism doesn’t automatically make people more inclined to be racist nor does it excuse Starr-Street ‘s behavior.

Stanley says, “Autism is a very heterogeneous disorder and it is a spectrum disorder, so the extent to which, the manner in which they’re affected is highly variable. We don’t know to what extent we can attribute poor behavior to one thing or another at this time.”