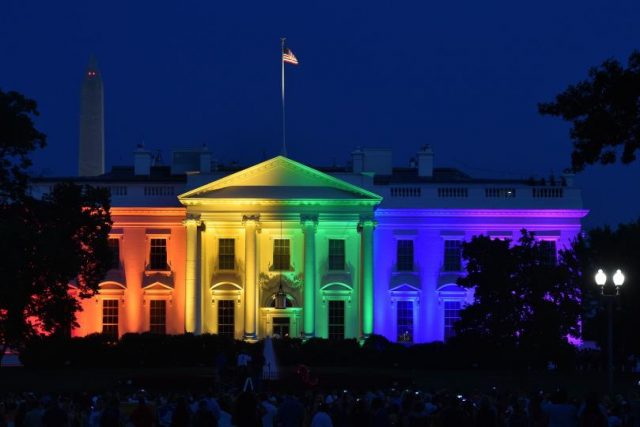 The White House LGBT page disappeared within minutes of Trump’s swearing in.

Donald Trump was sworn in as the 45th President of the United States yesterday, and it seems he’s already been making changes.

Shortly after yesterday’s inauguration (January 20), the White House LGBT page was replaced with a smiling photo of Trump and Pence.

Soon after that, the page completely disappeared.

Under former President Barack Obama, the page highlighted historic gains such as the legalising of same-sex marriage and the end of Don’t Ask, Don’t Tell.

According to NewNowNext, the Department of Labor’s report on Advancing LGBT Workplace Rights has also been removed.

Now, the website only has seven sections including America First Energy Plan, America First Foreign Policy, Bringing Back Jobs And Growth, Making Our Military Strong Again, Standing Up for Law Enforcement Community and Trade Deals Working For All Americans.

There is no mention of LGBT issues anywhere and other pages such as climate change and women’s rights have also been deleted.