Home Gay Life Why Does Liking Your Body — And Hating “Wellness Culture” — Still... 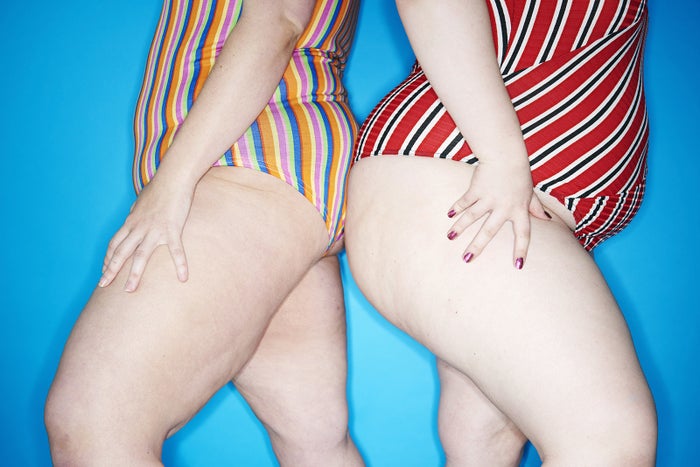 This week, the New York Times ran a Sunday opinion piece by the novelist Jessica Knoll called “Smash the Wellness Industry.” Knoll argues that our new cultural obsession with “wellness” is just dieting in disguise — “and the diet industry is a function of the patriarchal beauty standard under which women either punish themselves to become smaller or are punished for failing to comply.”

To anyone who’s even remotely followed the past few years’ worth of conversations around body positivity and fat acceptance, Knoll’s observations — accurate as they are — aren’t exactly breaking new ground. And yet the piece blew up, climbing into mega-viral territory; it’s been shared over 200,000 times on Facebook, where commenters fiercely debated whether or not Knoll was promoting obesity and, therefore, an “unhealthy lifestyle.” Despite recent gains in the body positivity movement — from the more radical fat-acceptance push of the 1960s to the commercialized and commodified “empowerment” narrative it’s since morphed into — many readers were still scandalized by the idea that the food with which we nourish ourselves should have no moral value, and that there is no wrong way to have a body.

Americans, clearly, still have lots of deeply fucked up ideas about other people’s sizes, as well as their own. Even so, I was surprised to see how many women on my timelines had such a strong, visceral reaction to Knoll’s parting words: “In 2019, I want to propose a new kind of test. Women, can two or more of us get together without mentioning our bodies and diets? It would be a small act of resistance and a kindness to ourselves.”

I felt the same way as writer Amanda Mull, who has herself reported out excellent analyses of the dangerous rise in “wellness” culture, and who tweeted she had mixed feelings about the Times op-ed: “This assumption couldn’t be further from my experience of female friendship… I spend so so much social time with women of a whole range of body sizes in their 20s and 30s and I cannot remember the last time any of them said anything about their own eating habits or anyone else’s.”

It saddened me, seeing how many women in my social orbit were inspired by the suggestion that they stop talking about weight and dieting whenever getting together with their friends. I expect that sort of talk from women in my mother’s and grandmother’s generations; I struggle with that generational difference whenever I go home, bristling at how often my family members talk about their waistlines and the need to avoid “bad” foods. But it turns out, that disconnect isn’t only a generational one — I saw plenty of fellow millennials, who live in my city and (presumably) socialize around similar kinds of people, sharing Knoll’s call-to-arms in earnest.

It seems I’m lucky. Like Mull, I haven’t found myself in a group of friends commiserating about how much we hate ourselves for failing to better downsize our bodies for years, at least since I was in college. I’ve since actively surrounded myself with men, women, and nonbinary people who don’t congratulate each other on perceived weight loss or punish themselves for indulging in “cheat” foods.

That’s not to say that we’re all perfectly happy with our respective flesh sacks — far from it. But when we talk about the various problems we have with our bodies, we typically try not to blame ourselves for existing in physical space at a certain size, but rather sympathize with one another about the shit the rest of the world gives us: the endless street harassment (’tis the season), the unsolicited comments from strangers and family and doctors and randos in the gym about our diet and exercise routines, and, for those of us who don’t visibly read as either male or female, the horrible inevitability of gender policing.

One of the reasons I might not often find myself around other people who are prone to diet and body-negative talk is because I’m queer, and friends with a lot of other queer people. Even though we’re just as susceptible as anybody else to anti-fat and pro-thin cultural messaging — and even though queer bodies, particularly those of trans people and/or people of color, are demeaned and vilified on multiple fronts — we also have the benefit of shaping our own politics of desire.

I am well aware that gay guy culture, at times, can be just as toxic and body-police-y as the straight world. Based on purely anecdotal evidence, I’ve gotta say that dyke/trans culture does it better. Lesbians still have to navigate body image complications, of course — I faced a bunch of my own issues when I started dating women who were physically smaller than I am — but the queer worlds I move through have also been spaces that tend to champion all kinds of bodies. And why not? The mainstream tells trans people that their bodies are freaky, wrong, unnatural, while telling lesbians they’re fat, ugly, unfuckable bull dykes. Sometimes it’s hard to ignore all that hatred — but in other ways, it’s easier too. Because we know the only beauty standards that really matter are our own.

One of the ways I’ve tried ignoring mainstream demands that I starve myself smaller — to which I acquiesced for a couple years as a teenager, to the point of hospitalization — is by attempting to control the media I consume, particularly social media.

We’re pretty much all aware that a wrong turn on Instagram, in particular, can mean an hour’s worth of #fitspiration scrolling and at least a day’s worth of feeling shitty about yourself. Studies have famously found that “Instagram usage may negatively influence women’s appearance-related concerns and beliefs.” Algorithms, at this point, are more powerful than us all, but I still try to curate my Instagram experience to make it as delightful as possible. I stay far away from the discovery channel and refuse to follow anybody who excessively posts about their own fitness or diet routines. The “influencers” I follow are, for the most part, lesbian couples with a few thousand followers who are desperately trying to make it big; I’m very invested in keeping track of who’s still happily together and who’s left whom for some other Z-level aspiring lesbian celeb. And you might as well inject queer memes directly into my veins.

Even better, I follow women and other queer people with various body types, to the extent that my feed is a lovely kaleidoscope of humanity instead of just a depressing stream of tanned, flat bellies. Lindy West, in her memoir Shrill, wrote that one way she got over hating her own body was by looking at images of other fat women — hanging out, being happy, living their lives. It sounds incredibly basic (and not everyone’s into the idea we can will ourselves, via osmosis, to be content with our physical selves), but personally, I think it’s great. I love scrolling through @shooglet’s gorgeous portraits of #BodiesLikeOceans and #RadQueersInNature, which evoke the art of the groundbreaking Chicana lesbian photographer Laura Aguilar. I’m thrilled whenever there’s a new post up at Truck Sluts Mag, an account dedicated entirely to hot queers in various states of undress posing with their trucks; the woman who runs it sells some really incredible bumper stickers with phrases like “My other ride is a Hitachi” and “Eating my ass: the only ethical consumption under capitalism.” Queer artists, and my queer friends, are the reason that, at least most of the time, I love my body (or at least tolerate it); I am my own curvy wife.

There are still plenty of days when I wish I could scrape parts of my flesh off like putty. I’m only human. And at a size 14, or an “inbetweenie” (yeah, I hate that word too), I’m privileged that most of my body size issues can be confined to the category of self-esteem, rather than situated within the far more serious realm of structural oppression. We still live in a world in which anti-fat hatred has devastating consequences for how fat people are treated at the hospital, at work, and beyond.

Which is why I hope that, much as the reaction to Jessica Knoll’s opinion piece bummed me out, her suggestion that we spend less time discussing our bodies and our diets actually encourages some women to be kinder to themselves — and especially to other people whose bodies are far more despised than their own. It’s not easy, but it’s possible. And maybe unfollowing that woman you went to high school who keeps showing off her abs and pushing her dieting MLM scheme is a good place to start. We hear enough about why we should hate our bodies from the culture at large — why should we expect it from each other? ●