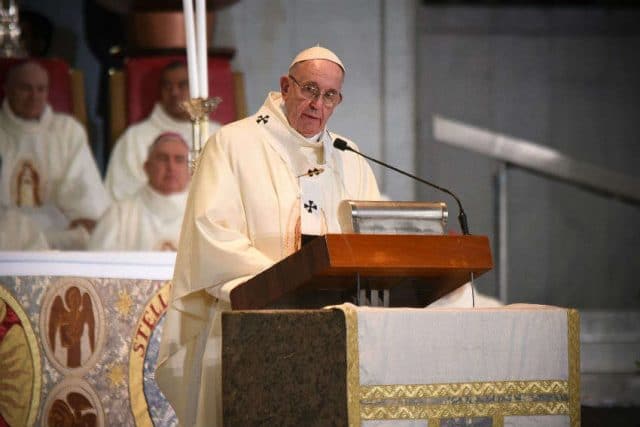 Pope Francis is facing off against a conservative backlash on LGBTI rights inside the Vatican.

But insiders say he could be forced to make sacrifices in exchange for progress on basic gay rights issues.

And it could be trans people that face the worst of it.

Gay Star News exclusively revealed in March the Vatican was planning to make its .

But, at that stage, it was unknown how far Francis was willing to go. Some hoped he would call for decriminalization of homosexuality. This action would have immediately drastically impacted sodomy laws around the globe.

Others even suspected Francis could call for blessings of same-sex civil unions. Insiders say the Catholic Church will likely never go so far as endorsing same-sex marriage, but embracing rainbow families in a legal setting would still modernize the Church.

The pontiff then met with from International Bar Association’s Human Rights Institute.

The discussion on decriminalization and civil unions was met with applause from progressive groups.

It was even called a ‘great step forward for improving the relationship between LGBTI people and the Catholic Church’. 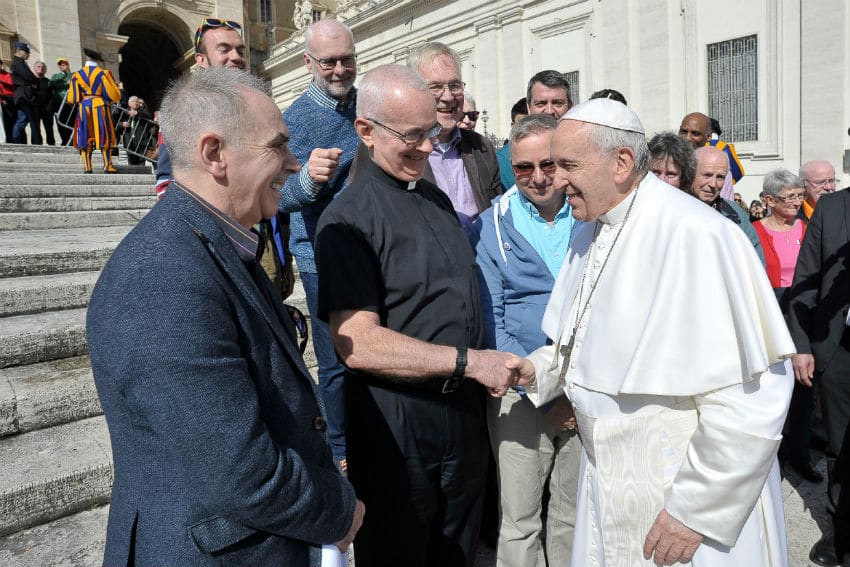 But then the retired Pope Benedict XVI, representing the worst of the Catholic conservatives, released an essay.

The essay was ostensibly about the causes of the sexual abuse scandal that has rocked the Church for generations.

Cases of child sexual abuse by priests are widespread. These cases have led to many allegations, investigations, trials and convictions.

The Church also covered up reported incidents for decades.

The on ‘homosexual cliques in Catholic seminaries’. He also blamed the ‘collapse of morality’.

A Vatican insider described it to Gay Star News like a ‘bomb on a railroad, not just setting the train off course but attempting to obliterate the train entirely’.

‘The Vatican is in turmoil,’ a separate gay doctrinal official, speaking on condition of anonymity, told GSN.

‘The statement on homosexuality was an open secret. Behind closed doors, the church is divided between those loyal to Francis and those who don’t want the church to change.

He added: ‘Conservatives in the church have been lobbying against any change on homosexuality.

‘Benedict issued this essay to stop the statement – no question.’

Francis, however, also gave his blessing for Benedict to publish the essay. 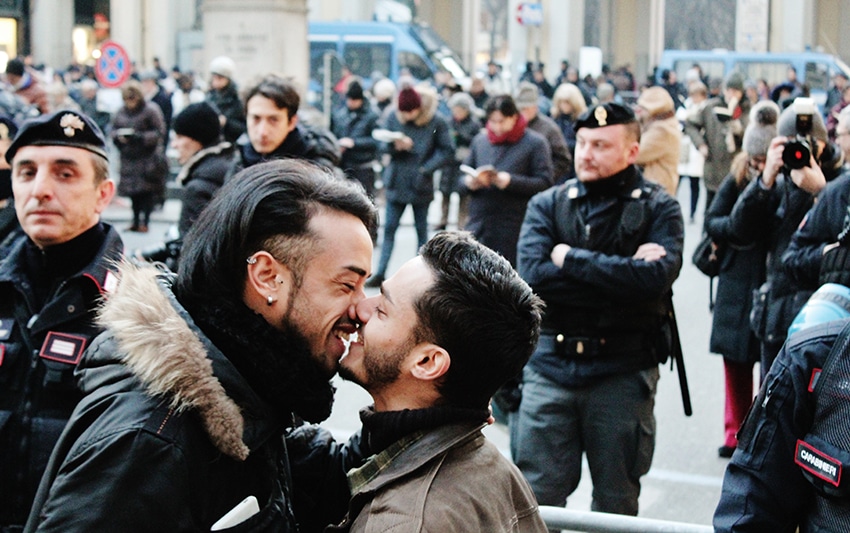 And finally, the Congregation for Catholic Education published – without warning – a .

Some say the document has little consequence. The office has little power compared to the senior body: the Congregation for the Doctrine of the Faith (CDF).

However, its message from the conservative lobby of the Vatican message is clear: target trans people.

Another insider tells GSN that ever since the rise of same-sex marriage, conservatives in the Church are looking for a ‘revenge win’.

Priests, cardinals and officials have seen the transphobic rhetoric in the UK and US press.

Groups in the church are prepared to protect LGB people, but many are not as willing to do the same for trans people

He has heard rumors the CDF, which deals with matters of doctrine, may come out with its own transphobic statement.

This one, if it happens, will be far more damaging than the Congregation for Catholic Education statement. This will be a change to doctrine when it comes to teaching about trans people in churches, schools and in family homes.

And the question is, if we see a statement on decriminalization of homosexuality or blessings of same-sex civil unions, is it worth the impact that a change of doctrine will have on how we educate Catholics on trans issues?

Progressive Catholic groups hope Francis will not make that sacrifice.

LGBTI Catholic groups often point to a meeting in 2016. Francis met with a Spanish trans man who had undergone gender reassignment surgery and been ostracized by his priest.

‘We must be attentive, not saying all are the same,’ Francis said at the time, adding that ‘people must be accompanied.’

But he, too, has made on trans people and ‘gender ideology’. 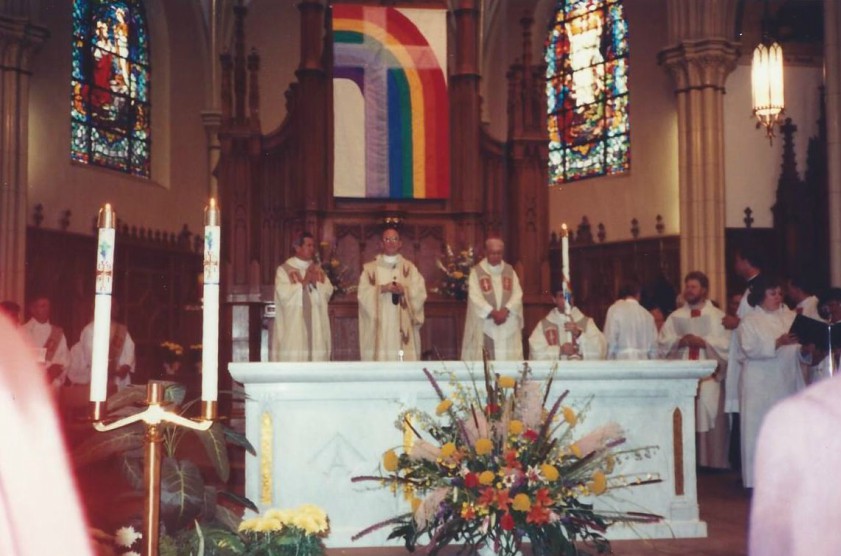 A vintage shot of the rainbow flag that hung in a Catholic church in Chicago | Photo: Resurrection Church

Any negative statement must be heavily considered. It could impact on the lives of trans people.

‘And the church’s continued navel-gazing around LGBTI issues, combined with its failure to match this with speaking out on anti-LGBTI violence, is contributing directly to the death and murder of my queer siblings.’

But for Ben Smith, a trans man and member of the LGBT+ Catholics Westminster Pastoral Council, he wants to keep working on keeping trans people welcome on a grassroots level.

‘Trans people are represented in the church community. In my role, I’ve interacted with priests at conferences. When you first tell someone you’re trans, they might be taken aback. But for the most part, they’re curious. They’re welcoming and after getting to know you, they treat you like anyone else.

He added to GSN: ‘At the grassroots the church is mostly welcoming. As a community, as LGBTI people, we are very open to working with the church. We’re pleased to get a dialogue going and excited about what’s to come.’