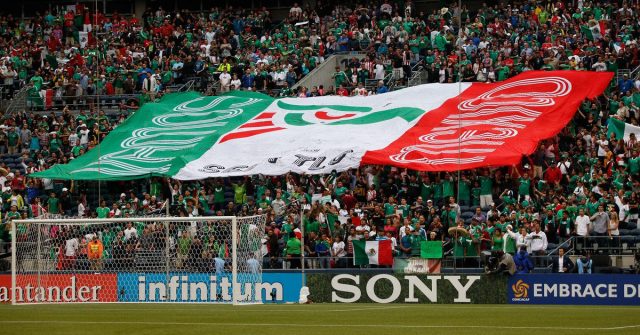 Mexico plays Cuba this Saturday in a CONCACAF Gold Cup match at the Rose Bowl. Two of the questions surrounding the match are 1) whether Mexico fans will continue their anti-gay tirade and disrupt the match with their “puto” chant, an 2) if they do engage in the chant, how will Rose Bowl staff and CONCACAF respond?

As we’ve said repeatedly, if the anti-gay “puto” match is heard from the stands during the match, officials should suspend the match to make a public announcement declaring the chant off-limits. And if the chant continues after that, the match should be suspended again and the should be concluded in an empty stadium.

Until now, some fans have shown that they have little respect for authority on this issue, and the fans’ desire to continue the anti-gay chant that reinforces deadly perceptions of LGBTQ people outweighs their interest in being legit fans of their favorite team.

Being in California, Pasadena and the Rose Bowl are subject to state law. And in the State of California, business establishments like the Rose Bowl are required to “provide individuals ‘full and equal accommodations, advantages, facilities, privileges or services.’” If they allow for discriminatory practices within their business — like the en masse chanting of a hateful message — the state is required to investigate.

While some people continue to claim the “puto” chant is not homophobic, FIFA has said it is discriminatory, via the “Fare Global guide to discriminatory practices in football.”

If the fans do not want to respect their fellow fans, as well as the athletes on the field, the Rose Bowl staff and CONCACAF officials should respond to the “puto” chant with the most severe response possible: concluding the match in an empty stadium.

And if the chant does not rise up during the game… we’ll be the first to share a big thank you to the fans for turning the tide on this inappropriate chant.