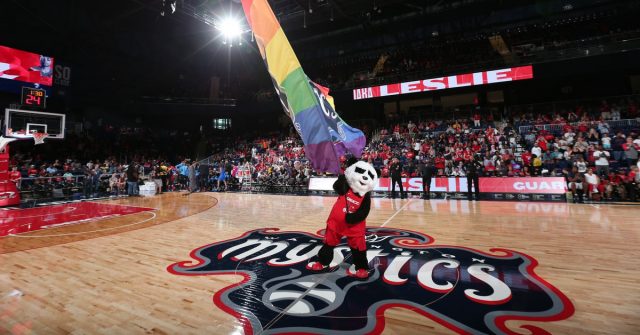 As the vast majority of MLB, NBA, MLS, and NHL teams demonstrate on a yearly basis, Pride Nights are now a regular and accepted part of the sports calendar. Even NFL teams, which historically have never dedicated a specific game to Pride, have made extraordinary efforts to show support for their LGBTQ fans. Across sports, the vast majority of major league teams send a contingent to march in their home cities’ Pride Parades and several active players choose to do so as well.

To which the WNBA might say, “Welcome to the party. What took you so long?”

A recent Bustle post written by Trish Bendix and sponsored by the WNBA served as a reminder that the women’s basketball league remains the biggest trailblazer for LGBTQ inclusion in all of American sports. Over the past two decades, the W was consistently the first major sports league to show leadership in reaching out to the community while the rest of the industry stayed on the sidelines and waited to see if it was safe to do so. 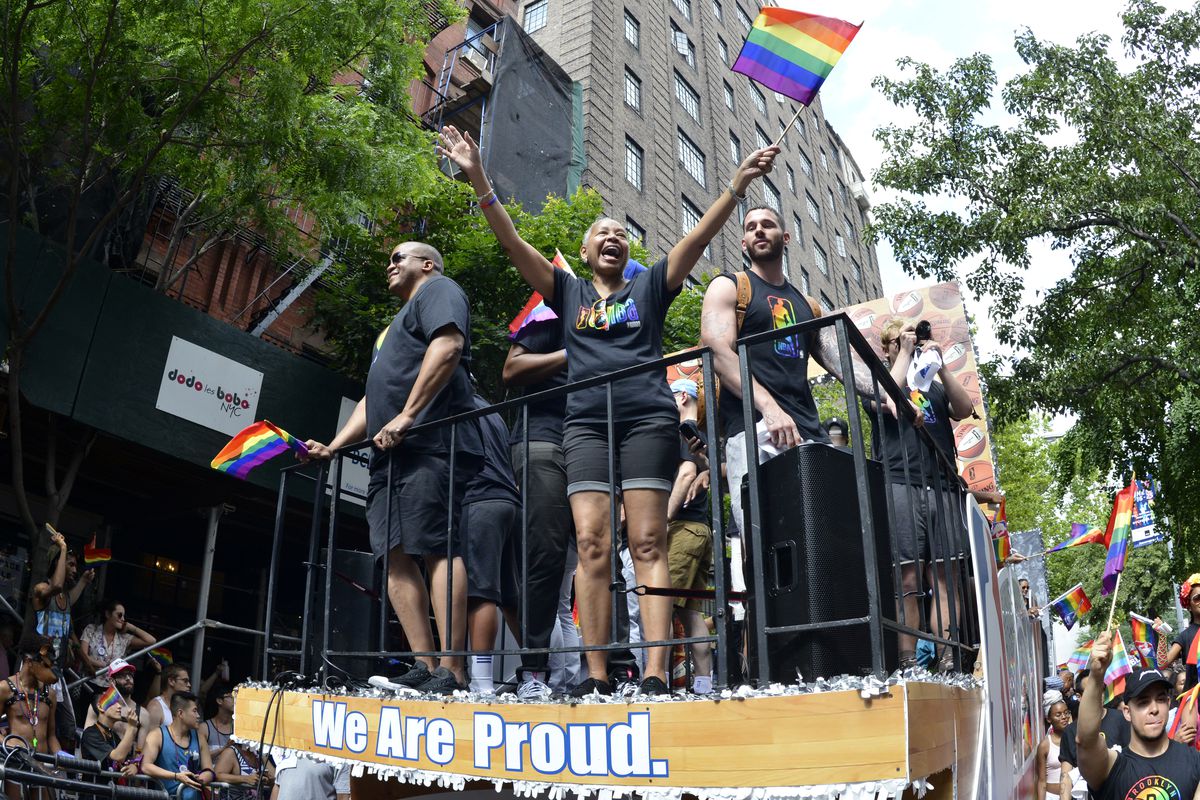 As Bendix points out, the WNBA has been holding LGBTQ community celebrations since 2001, when the Los Angeles Sparks became the first team in any professional sport to acknowledge Pride Month. To get a sense of how radical that was at the time, remember that this was still the era of Don’t Ask, Don’t Tell and only five years after the Defense of Marriage Act became law.

Instead of waiting for the culture to change until things felt safer to acknowledge their LGBTQ fanbase, the Sparks decided to lead the way and let the culture catch up to them. And after Los Angeles showed the way for the rest of the league, the Phoenix Mercury and Minnesota Lynx soon joined them with their own Pride celebrations.

By 2014, every WNBA team was holding annual Pride nights–something that cannot be said by other sports organizations like Major League Baseball, even today. 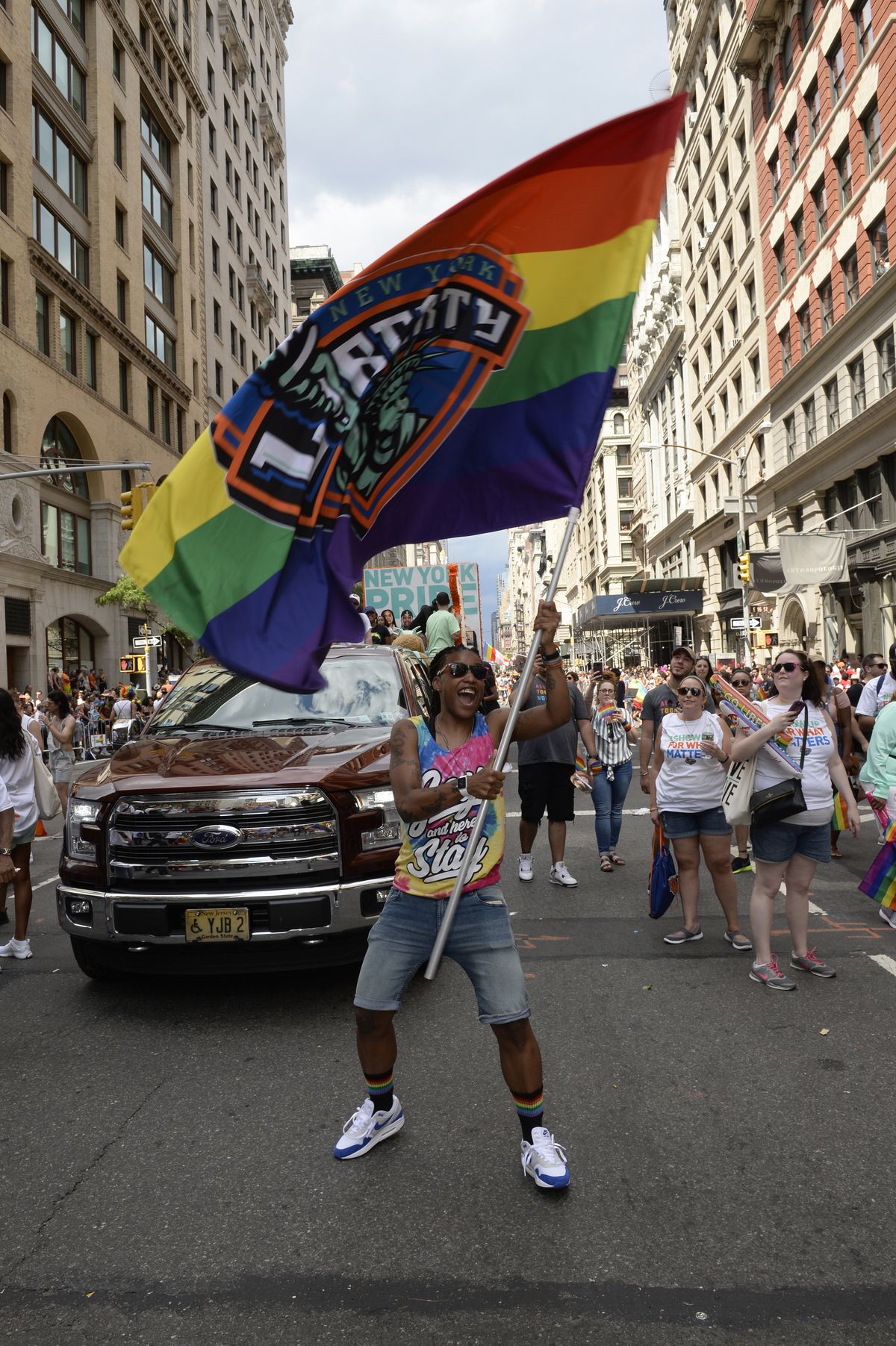 Proof that the words “Pride” and “New York basketball” can exist in the same sentence.Photo by David Dow/NBAE via Getty Images

Because they established the tradition of Pride celebrations early on, the WNBA has been able to continue moving forward and leading the way for other leagues to establish stronger connections to the community.

Bendix’s piece shines the light on this leadership through several players’ participation in the Jr. NBA Coaches Forums. According to her profile, these sessions “create space for youth basketball coaches to speak candidly about inclusivity in youth sports [as well as] tangible steps for coaches to ensure they’re creating safe and inclusive environments for their athletes.”

In other words, the WNBA is not only celebrating its LGBTQ fans and out athletes like Sue Bird, Layshia Clarendon, Sheryl Swoopes. Sue Wicks, Brittney Griner, Elena Delle Donne, Chamique Holdsclaw and Seimone Augustus, among others, it’s laying the groundwork so that the next generation of gay and lesbian athletes have a more supportive path to coming out and living openly.

To put it in terms the other major leagues would understand: when it comes to leading the way for LGBTQ inclusion, the WNBA has become the Yankees, Patriots, and Warriors combined.