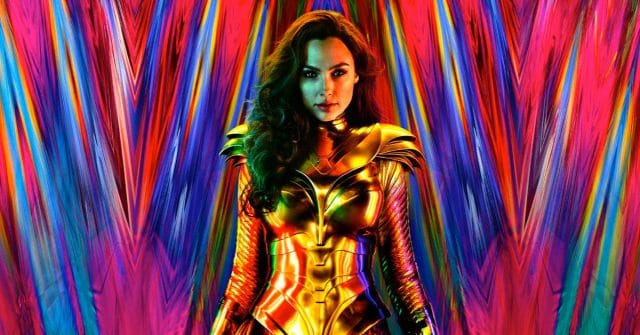 Wonder Woman 1984 director Patty Jenkins has shared a colourful first look the upcoming DC sequel, leading some fans to believe that the superhero is about to come out.

Fans were quick to connect the dots between the visual and the date, with Connor Behrens tweeting: “Happy Pride month, Wonder Woman said gay rights.”

One fan, Carol Ferris, speculated that the film could follow “Wonder Woman supporting the gays during the AIDS epidemic in the 80s.”

In the DC Comics canon, Wonder Woman—real name Diana Riggs—is an Amazon from the women-only state of Themyscira.

As comic writer Greg Rucka explained in 2016, this leads Riggs and other Amazons to enter into same-sex relationships.

“When you start to think about giving the concept of Themyscira its due, the answer is: ‘How can they not all be in same sex relationships?’ he told Comicosity.

“It makes no logical sense otherwise.

“Are we saying Diana has been in love and had relationships with other women? The answer is obviously yes.

“But an Amazon doesn’t look at another Amazon and say, ‘you’re gay.’ They don’t. The concept doesn’t exist.”

Gadot has said that her performance wasn’t influenced by Rucka’s interpretation of the character, but didn’t rule anything out.

<p dir=«ltr» lang=«en» xml:lang=«en»>Can you imagine Wonder Woman says something like “Why can’t people love who they love” to the homophobes while holding a dying ADIS patient’s hand in WW1984, I would die, omg, am I expecting too much

“In the movie, she falls in love with a man,” she told the Sydney Morning Herald.

“But to be honest, Wonder Woman is all about love. She doesn’t pay too much attention to gender, and that is what is so special about her.

“She sees people as equal. Because of that, she can fall in love with a woman. It is not something we explored but maybe in the future, who knows?”