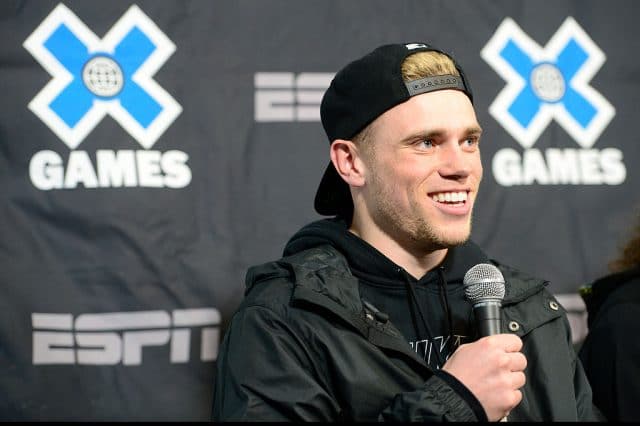 Gus Kenworthy has definitely had no problem voicing his thoughts regarding his attraction towards other hot male celebrities in recent months.

First, there was his “missed connection” with Ricky Martin and his partner Jwan Yosef that he happily posted about on his social media (Ricky seemed game). Now, he has his eye on another sexy dude in the industry, but this might be more of a challenge as he’s heterosexual.

Deadpool star Ryan Reynolds just started following the decorated Olympian (he only follows 311 other users compared to his 10.3 million followers, so that’s pretty impressive) on Twitter.

This made Gus absolutely lose his mind, where he decided to tweet him on Wednesday and ask him for a little mouth-to-mouth due to the heart attack he gave him upon follow.

Hey @VancityReynolds! Just letting you know that you are personally responsible for giving me a cardiac arrest and now I'm gonna need you to perform mouth-to-mouth resuscitation to save my life… Sorry but those are the rules, I didn't make them. Thanks in advance! pic.twitter.com/sA3ZUYbw9t

So far, Ryan has not followed the request as of yet, however he may have to check with his drop dead gorgeous wife Blake Lively before anything goes further (doubtful).