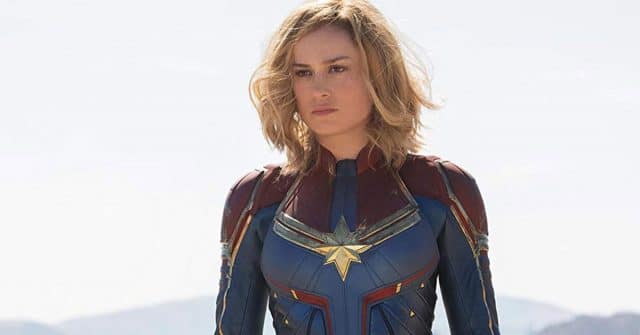 The producer of Captain Marvel has teased the prospect of a romance between the character and superhero Valkyrie.

Queer Captain Marvel fans have been working overtime creating fan art depicting the Brie Larson character in a relationship with Tessa Thompson’s Valkyrie, who was introduced to the Marvel Cinematic Universe in Thor: Ragnarok.

In an interview with Comicbook.com, Marvel producer Mary Livanos responded to the swell of fans who are hoping the two characters will have the MCU’s first same-sex romance on the big screen.

She said: “There’s the Brie-Tessa Thompson love going on online which is fun to see.

“It’s so charming and so fun to see the actors themselves get excited about the potential mashup so that as a creative makes you start thinking.”

Both Thompson and Larson have engaged with fan art and played up the possibility of a romance.

Thompson added: “WHAT. we so cute.”

Thompson’s character was originally written as bisexual, but scenes in Thor: Ragnarok confirming her sexuality were left on the cutting room floor.

Speaking to Variety about the prospect of a romance with Captain Marvel previously, Thompson said: “The thing that has always inspired me so much about Marvel, about comics in general… is this idea that what makes you different is actually your superpower.

Speaking about the lack of gay superheroes in a separate interview with Variety, Larson said: “That breaks my heart to hear that, because there’s no reason.

“I don’t understand how you could think that a certain type of person isn’t allowed to be a superhero.

“So to me it’s like, we gotta move faster. But I’m always wanting to move faster with this stuff.”

The Marvel Cinematic Universe is reportedly set to add its first gay superhero in upcoming film The Eternals.

It’s believed that Greek demi-god Hercules could be that character.

If Hercules does end up being queer in The Eternals, it would be backed up by Marvel’s comics. In 2013, Marvel strip “X-Treme X-Men” featured Hercules and Wolverine declaring their love for each other and kissing.

Production of The Eternals is reportedly set to kick off in the UK on September 9 this year and continue into January 2020.