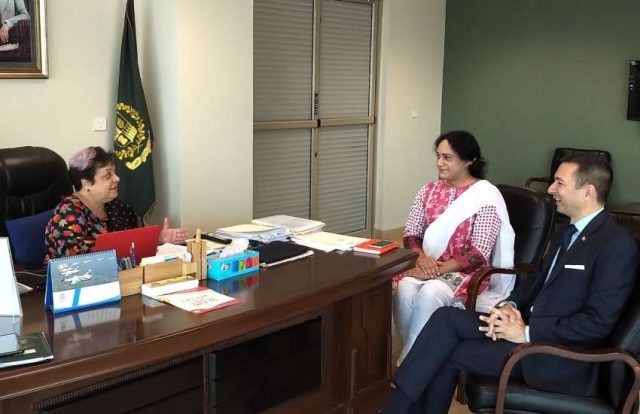 The Human Rights Minister in Pakistan has hired a trans woman to her department for the first time.

Many LGBTI people and allies praised the move. A monumental step in a country where progress for trans people has been slow but steady.

‘Welcomed our first transgender Ayesha Moghul who is going to work in the [Ministry of Human Rights] as a resource person – Thank you,’ Doctor Mazari wrote.

Sitting opposite one another, Moghul’s face beaming, Mazari was photographed in her office welcoming her ministry’s latest employee.

Another remarked that it was a ‘great step,’ while a user said it was ‘refreshing.’

Mazari first came in office as a member of the National Assembly of Pakistan in 2013. Five years on, and not much has changed for LGB people in the south Asian country.

criminalize homosexuality, punishable with a prison sentence of up 10 years.

The bill enshrined broad protections for trans people, such as the right to self-identify and access public services.