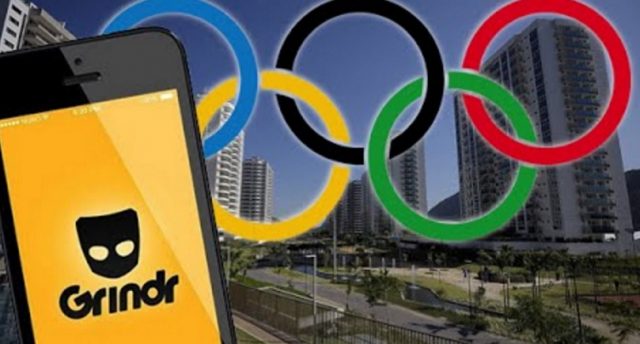 Grindr is spilling the tea on all the “chatting” than went down in Rio during the Olympics earlier this month. According to data published by the hook-up app today, a stunning 38,000 people from 109 nations were using Grindr in Rio, racking up an incredible 14 million messages during a two-week period.

Grindr’s statistics do not include any identifying factors, unlike a post earlier this month by the Daily Beast. An interactive map allows you to see which countries guys chatted with the most while they were at the Olympics. Brazil, the United States, and the UK ranked as the most active.

“Here’s the real talk:,” Grindr writes, “The world’s biggest global sporting event is more than just a place where athletes compete, it’s an opportunity for guys of all backgrounds to safely connect, chat and meet. And we’re giving them the tool to do it. So if you want to know what Grindr users are up to…ask us first.”

Check out the full interactive map at Grindr.com/Olympics.