As we hit the dog days of summer, it’s the perfect time to hide from the heat outside and tune into a steamy, lusty flick. Netflix has you covered. Here are some of the best sexy LGBTQ movies that are worth a watch and available to stream.

Directed by Michael Arteta, with a screenplay by Arteta and Alia Shawkat, who also stars in the film, alongside Laia Costa, Duck Butter is an experimental dramatic comedy. The two women are frustrated with the state of dating, and decide to spend 24 hours together, having sex every hour on the hour, as a way to create a new form of intimacy.

Boyhood friends Matias and Jeronimo are reunited after years apart, and must deal with their long repressed feelings for one another. Homophobia, both internal and external, threaten to once again derail their bond.

When a young man finds himself unexpectedly in charge of running his family’s farm in Yorkshire, England, he drinks and chases random sexual encounters with other men to numb his loneliness and dissatisfaction with life. The arrival of a Romanian migrant worker suddenly brings new energy into his life, but will his old ways ruin this new hope?

“I Am Happiness on Earth”

Like Duck Butter, I Am Happiness on Earth is an experimental film. While it didn’t do well with the critics, it is an interesting curiosity piece aimed at the artsy crowd. It tells the story of a film director whose obsession with a male dancer threatens his long-term relationship.

While Kiss Me features a story line that has, frankly, been done to death, with a woman who is set to be married to a man falling for another woman and must decide which path to take. Yet its mature and sensitive handling of the material allows it to rise above its cliche trappings. 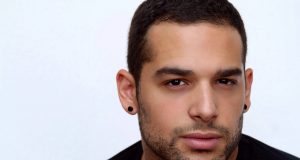 Nick Gayer
0
Someone head over to Johnny Sibilly's Facebook page and give him a medal for his accurate portrayals of "GAY MEN AT THE CLUB."  I...

This Catholic School Censored Its Gay Valedictorian’s Speech—So He Delivered It...

Nick Gayer
0
Administrators told 18-year-old Christian Bales that his speech was "too confrontational, too angry, too personal." One Kentucky Catholic school has come under fire after... 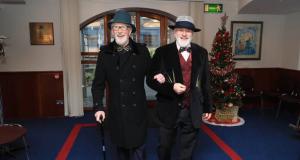