Austin Eubanks, who survived being shot at Columbine High School in 1999, has died at age 37.

The Colorado resident had grown up to be a motivational speaker on addiction and trauma, based on his experiences as a teenager and young adult. He was 17 when one of two gunmen entered his school library, shot him, and killed his friends and classmates. 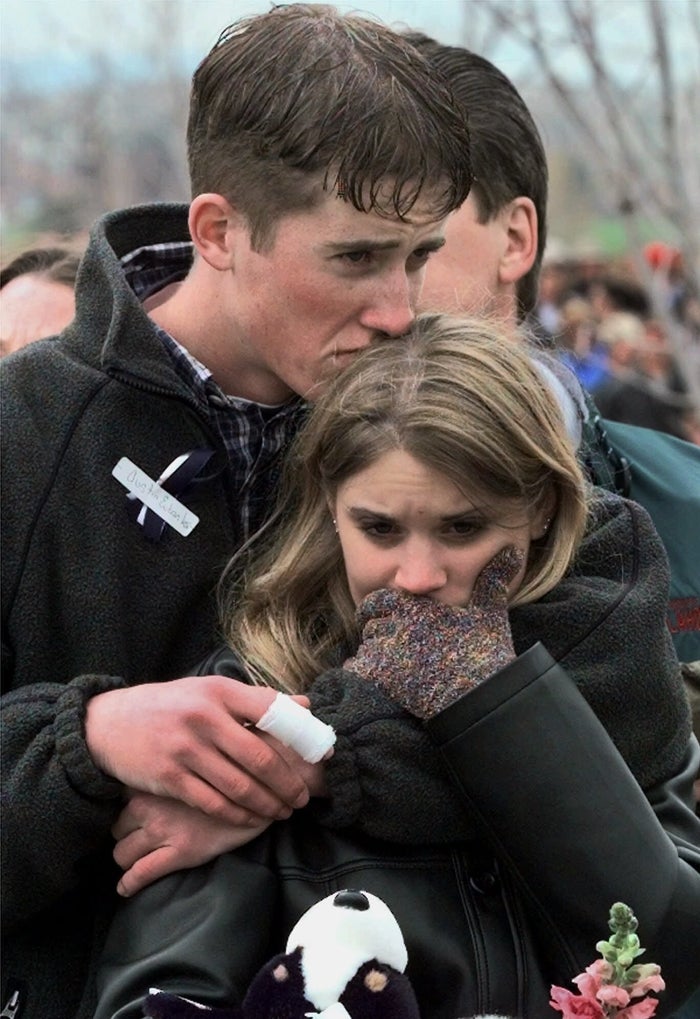 Eubanks at a memorial service on April 25, 1999, for the victims of the Columbine shooting.

Eubanks was found dead Saturday, and the cause of death has not yet been determined, his family told BuzzFeed News. There were no signs of foul play, the Routt County coroner told the Associated Press, and an autopsy is scheduled for Monday.

“We thank the recovery community for its support,” his family said. «As you can imagine, we are beyond shocked and saddened and request that our privacy is respected at this time.”

In the days after the 1999 shooting, Eubanks was prescribed pain medication for his physical injuries, but he’d later say that even after his body healed, his emotional pain remained debilitating.

»So I continued taking the medication that was prescribed for my pain,” he said in a TEDx Talk in 2017. «I was addicted before I even knew what was happening.»

After more than a decade, he said, a 14-month treatment program helped him lean into his pain and find recovery.

«I had to go through the stages of grief I should have been going through at 17, at age 29,» he said. «But I refused to keep running.»

Eubanks went on to work as an administrator for treatment centers while also volunteering with nonprofit groups aimed at helping people recover from addiction. He also began speaking to audiences nationally, advocating for more education on addiction, more accessible treatment, and reforms to the health care system.

Last month, as the nation marked the 20th anniversary of the Columbine shooting, Eubanks spoke about his frustration that more wasn’t being done to prevent mass violence. He called for action on both mental health care and gun control.

“Instead of coming together to work on eradicating the issue for future generations, we are simply trying to teach kids how to hide better in active shooter drills,” he told his local newspaper, the Steamboat Pilot & Today. “In a lot of ways, we have desensitized and, in some way, traumatized entire generations of youth, because we are basically normalizing this.”