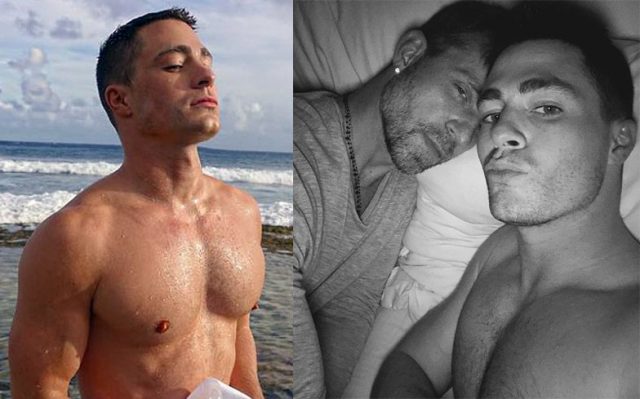 Those boys have been getting close (and wet) this past weekend…

Enjoying a self-titled lazy Sunday at home with his new fiancée, Colton and partner Jeff Leatham made quite the splash together in their pool – joined by an inflatable swan. Casual.

The pair soaked up the glorious Sunday weather and clear skies – but still managed to look rather cute and in love.

And Colton’s arms? Yeah, we noticed them too.

The photo comes after we got a first look at Colton in, well, very little other than the tiniest thong as he prepares for his role in the upcoming comedy Rough Night.

Last week, Colton revealed he will be joining the cast of American Horror Story, which is expected to air later this year.

The American star will team up with Ryan Murphy for one of his shows for a second time, after starring in the second series of Scream Queens last year.

The actor confirmed the news with a picture of himself with smudged red lips – giving off an air of The Dark Knight’s Joker.