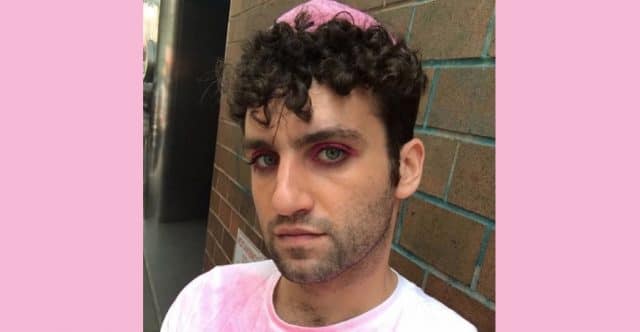 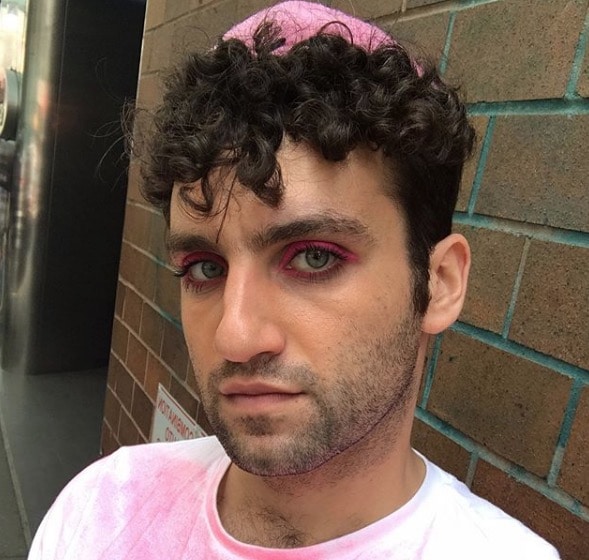 Eli co-cofounded the New York-based activist group Voices 4, utilizing social media as a tool to affect change. The group’s mission is simple: “Global LGBTQIA+ liberation.” The group uses Instagram to connect with like-minded folks who want to take an active hand in reshaping the world. It functions as a hub for sharing ideas, planning marches and direct action, and organizing meetings.

His own personal Instagram account has an impressive 54.7K followers, and nobody is hanging around waiting for thirst traps. His page does a few things: It helps educate followers on important queer news of the world and how to get involved with upcoming rallies; it also explores issues around queer identity — everything from dating (yes, that sometimes includes Grindr stories) to body image to you name it.

Eli recently teamed up with fashion giant Gucci to edit its first-ever zine called Chime. Chime features art, essays, and other LGBTQ media with the goal of expanding awareness of queer issues and gender inequality.

In April of this year, Eli helped organize a series of protests against a violent and homophobic new law in Brunei, staging demonstrations at a number of US hotels owned by the royal family. Brunei eventually backed down from enforcing the death penalty for sodomy by stoning due to pressure from the international community but the law is still on the books.

Optimism is a practice and not an easy one at that. While young people are more digitally connected than ever, the temptation to succumb to apathy and isolate from the messy realities of the world can close us off from exercising our power.

Eli found a way to harness the best attributes of social media in order to bring queer people together in the real world, to unite around taking action to better society, and to find a voice.

It may not have gotten Hillary elected in 2016, but we really are stronger together, and Eli opens people up to discovering and harnessing that strength.