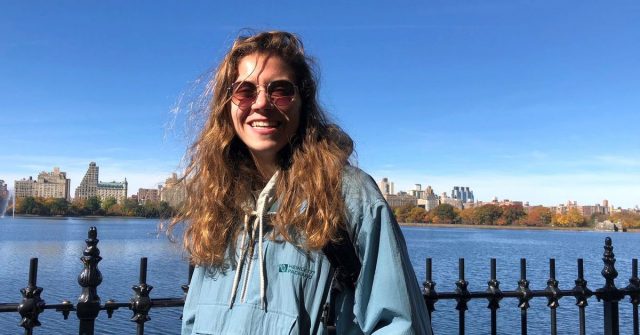 Being Out is a new feature that looks at LGBTQ people in sports who have come out since Outsports first published in 1999. Today: College runner Susie Poore.

The openly gay soon-to-be junior on the Lehigh University cross country and track teams in Pennsylvania is also a double major and spending this summer in Ireland.

Poore came out last year in an article with a Lehigh teammate and has embraced being an activist and advocate for LGBTQ people in sports. Their article led to two other LGBTQ runners at Lehigh to come out publicly, proving the power of visibility.

Here are Poore’s answers to our six Being Out questions:

What do you love the most about running?

My parents always say I’d give them heart attacks when I was a kid because I’d have the tendency to wander off. Whether it was meandering down the beach, weaving in and out of the aisles of the grocery store or climbing into the tallest towers of the playground, my curiosity always guided me. I wanted to explore.

I wanted to see what I could find under every rock in the tide pools, what each new aisle held and what the world looked like from high above. As I grew up, I had to find new ways to satiate my curiosity. I wanted to travel farther, to explore longer, to see more.

Running became my favorite adventure. With every mile I cover, I experience something new. Sometimes it’s a change in my normal route, other times it’s seeing something I’ve never noticed before. The greatest times are when I get to run in an entirely new place. Running lets me get to know the world in a different way, and it’s my favorite point of view.

It means everything to me. Before I came out, I felt like I was being suffocated by the weight of keeping my sexuality a secret every single day. It was always in the back of my mind. I’d worry about what I was wearing, how I spoke, the way my mannerisms and actions came across and if any of those factors would present as “too gay.”

I didn’t feel like I could be a full person. Running was my only way to escape. Whenever I went on a run, it was just me and my running shoes and the path ahead of me. During those miles, I wasn’t a gay girl pretending to be straight. I wasn’t afraid of people finding out the secret I’d held for the entirety of my life. I wasn’t worried about what I wore or how I acted or how I spoke. I was just a girl going for a run. I was just me, and I still am just me.

I’m young woman who loves to run, and I’m also gay. I’m not afraid to share that anymore.

My sport has given me an incredible platform to be the voice for LGBTQ+ athletes that I was always looking for when I was a kid. After I came out on Outsports, some of my former classmates and current teammates told me I’d inspired them to live more authentically in their own lives. They thanked me for being brave enough to share my story, and their words have always stuck with me.

Visibility is so incredibly important, but it’s also incredibly daunting to put yourself in such a glaring spotlight. Hearing what my words could do for others was and still is all the reason I need to continue to stand up and be that voice. 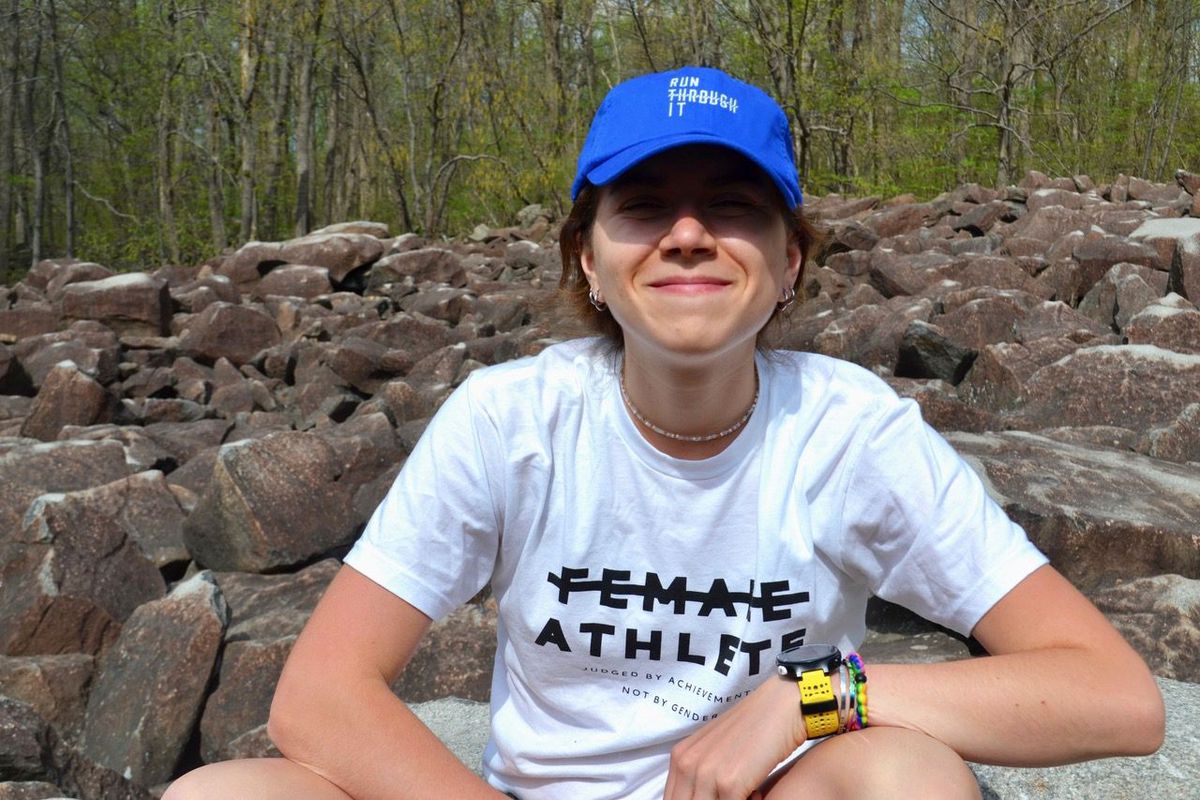 Your sexuality is a part of you, but it doesn’t define you. It doesn’t determine who you are as an athlete. You don’t have to prove anything. To anyone. Ever. I can’t stress how important it is for you to know this.

You don’t need to prove how tough you are or fast you are or how strong you are. You already are those things and so much more. Know that, and know the right people will see that, and you aren’t responsible for the people who don’t.

I really look up to Alexandria Ocasio-Cortez. She was facing an uphill battle in her run for Congress, but she never let that deter her. She covered every corner of her district and canvassed until there were holes in the bottom of her shoes. Her campaign drew national attention because her voice was already making change — she was aspiring to do what many thought was impossible. And she did it.

Being able to look to someone like her in the most powerful governmental institution in our country is beyond important. She’s the empowering and brazen voice we so desperately need, and it’s truly incredible how much she’s already accomplished.

I want to use my words to follow in her lead — she’s proved it’s possible to make history.

What are you passionate about right now?

I’m so incredibly excited and grateful to be going abroad this summer. I’ll be spending two months in Dublin, Ireland as a part of Lehigh’s Iacocca International Internship program.

The program was endowed by Lee Iacocca and allows students who wouldn’t normally get to go abroad (such as student athletes on financial aid like me) the chance to travel and gain experience through internship placements at international companies. My program is individualized, so my summer is going to consist of a lot of reading and writing and editing — I can’t wait. I’ve never left the country before, so the thought of getting to immerse myself in another culture (I’m going right for the food, history, art, music, you name it) is better than anything I ever could’ve asked for this summer.

My most memorable moment was standing at the finish line of the Boston Marathon in 2016. I’d only been really into running for about a year at that point, and I had no idea where it was going to take me. However, standing there with my mom and hearing the entirety of Boylston street erupt into cheers when the first runners were approaching the finish proved that I was where I was supposed to be. I walked away that day with the firm resolution that I’d eventually be one of those runners crossing the finish line, and I can’t wait until I can finally run 26.2 miles through my home city.

Susie Poore is a student-athlete at Lehigh University. She was born and raised in New Hampshire before she came to Lehigh to run for the Women’s Cross Country & Track and Field program. In addition to being an English and Political Science double major, she’s also a writer and editor for the Southsider and Amaranth (two university publications), respectively. She’s hoping to pursue a career in writing and publishing. She can be reached by email (susiepoore.98@gmail.com) and on Twitter or Instagram.