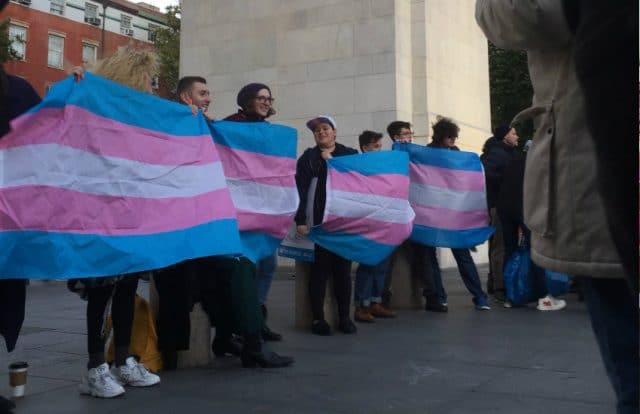 A black transgender woman was shot and killed in Detroit over Memorial Day weekend. She is the fourth black trans woman fatally shot in the US over the past two weeks.

Police responded to a call around 5 am on Saturday (25 May). Three people ultimately died.

A witness told she heard people arguing in a home and then gunshots.

‘One person ran out the front door and ran down the street,’ said Detroit Police Capt. Michael Dicicco. ‘Inside the living room area, two people were shot inside the house on the first floor. One other victim had run down the stairs after being shot.’

Two men, aged 20 and 21, died inside the house. The third victim, a 20-year-old unnamed trans woman, was taken to a hospital. She was in critical condition before she ultimately died.

Last week, Michelle Simone became the  in the US in the span of a week.

Her death was the fifth known murder of a transgender person in the US this year. All of the deaths have been black women. Last year, advocates tracked at least 26 homicides of trans people.

The life expectancy of transgender people in the US is  and it’s worse for trans women of color .