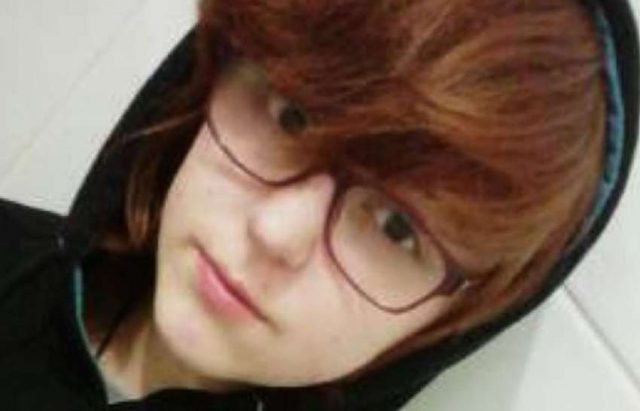 A 16-year-old trans boy who took his own life after facing alleged bullying at school left a heartbreaking note.

He died on Thursday (23 May) and his family released parts of his suicide note to raise awareness of the transphobia he faced.

‘This high school of shit and all of it, the girls and the people in general there have destroyed me, I’m just a Culiao (sodomized) faggot,’ his letter read.

José’s mother, Marcela, said he began socially transitioning at 13. She tried to start a WhatsApp group with other parents but they left the group after José’s death.

‘The last conversation I had with him, he told me “change my school”,’ Marcela said.

‘I did not understand that the school was going to punish the boy for being different.’

She accused teachers and the school inspector of treating José badly by humiliating she after discovering his trans identity.

‘My son always felt marginalized… he spent many hours exposed to strange looks, comments and teasing.’

‘As a mom I can say that I do not want to go to that school anymore, I want them to be stained with my son’s blood’.

National LGBTI group Movilh criticized the school and Minister of Education. It described their response to José’s suicide as insufficient.

Movilh denounced the government’s decision to allow schools to ignore a student’s gender identity if their parents directed them to do so.

‘We repudiate in the same way that in front of our denunciation of bad handling around this case carried out by the Minister of Education, Silvia Álvarez, you not only did nothing. On the contrary, the Department has now gone so far as to hold the young man’s family responsible for the unworthy treatment that she herself gave him publicly, arguing that it was some of his relatives who referred to him as a girl,’ said Movilh in a .

‘We have asked for the intervention of the Children’s Ombudsman of the National Institute of Human Rights and of the Chamber of Deputies, because the Ministry of Education, far from guaranteeing the rights of trans students, is openly violating them,’ said Movilh’s head, Ramon Gomez.

A  showed 65% of Chileans above the age of 18, supported marriage equality. That’s a seven point jump since February.

About 67% of people agreed a person should be able to transition without surgery or approval for a medical board. But only once they’ve changed their gender markers on official documents such as national ID cards and passports.

Chile currently offers civil partnerships to same-sex couples. The previous president introduced a bill to legalize love but the new .