Home Gay Life Can a gay millenial of color beat a homophobic minister for a... 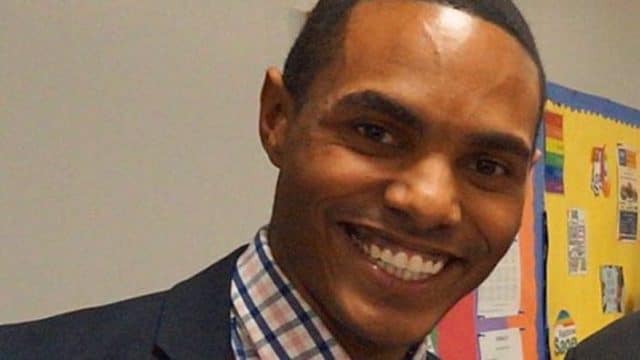 A Congressional race that pits a homophobic minister against a gay millennial would attract attention no matter where it was happening. But in this case, the setting is probably last place you’d expect: New York City.

Rubén Díaz Sr., a 76-year-old Pentecostal minister, is running against Ritchie Torres, a 31-year-old gay man, for a seat being vacated by Rep. José Serrano. Serrano, the longest serving Hispanic member of Congress, is retiring due to illness.

Both Díaz and Torres are Democrats currently serving on the New York City Council. For Torres, the Council is his first foray into politics, having first won election in 2013.

By contrast, Díaz has been involved in city politics since the early 1990s as a homophobe right from the start. Within a year of his appointment to the city’s Civil Complaint Review Board, Díaz was criticizing the city for hosting the Gay Games because they would spread AIDS and corrupt children.

The Board disavowed Díaz’s comments, but Díaz kept them coming. Despite his conservative positions in an otherwise liberal district, he was elected a member of the state senate in 2002. As a senator, he filed a lawsuit to stop expansion of the Harvey Milk School for LGBTQ students on the grounds that it discriminated against heterosexual students.

As the push for marriage equality heated up, Díaz was in the forefront of opposition to block passage of a marriage bill in the state senate. “The people of the nation don’t want gay marriage,” he said. At one point Díaz even held a rally against marriage equality while his granddaughter held a counter-protest in favor of it across the street.

Díaz was elected to the New York City Council in 2017 and promptly got himself into trouble for — you guessed it — homophobic remarks. He insisted that the council was under the thumb of the “homosexual community.” His remarks prompted outrage from his colleagues, including Torres, who gave a speech on the council floor condemning Díaz.

The contrast between Díaz and Torres couldn’t be greater. While Díaz is a throwback to an earlier era, Torres is a progressive and a Bernie Sanders supporter who has made pushing for public housing one of his key issues.  He introduced legislation, passed by the council, aimed at Jared Kushner to close loose regulation of construction permits. For all his grandstanding, Díaz has relatively few legislative accomplishments and by now is persona non grata in city political circles.

Díaz has always insisted that he’s not a homophobe. Two of his brothers were gay — “I love them,” he said — and his senate chief of staff was a gay man.

“My religion is against gay marriage,” Díaz said. “It means, I don’t agree with what you do. But let’s go out. Let’s go to the movies. Let’s be friends.”

But if Díaz needs a reminder that his words carry weight, he need look no further than Torres. As a young man struggling to come out, Torres had suicidal thoughts.

In the video kicking off his campaign, Torres made the choice for voters crystal clear: “The primary presents a stark choice between a progressive new guard and a reactionary old guard; between an LGBT trailblazer and a vicious homophobe; between a new generation of leadership and more of the same.” He’ll have until the primary in June 2020 to convince voters that the choice should be him.