Home Gay Life Dad forced 11-year-old son into sex with stepmom to stop him being... 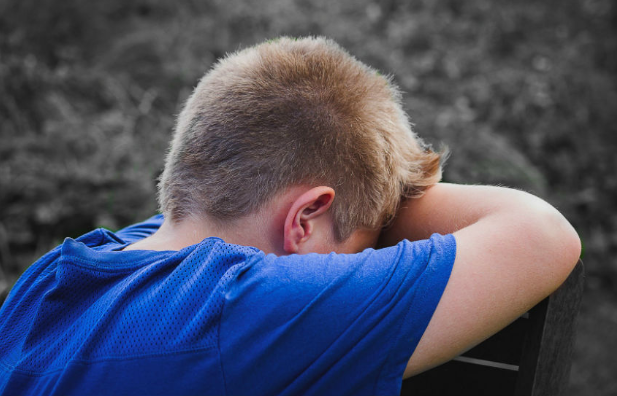 Daniel is now 36. He has waived his right to anonymity to highlight the abuse he experienced.

The crimes took place in the 1990s in the family home in Bracknell, England. Richard and Daniel’s stepmom, Annette Breakspear, who have since split up, faced trial at Reading Crown Court in May.

Richard Dowling, 62, was sentenced to five years on one count of cruelty to a child and two counts relating to sexual offences involving a child.

Breakspear, 62, was sentenced to eight years on three counts of indecent assault. The court heard how Breakspear would also sexually abuse Daniel when Richard was not at home or participating.

‘Stole my innocence and ruined my childhood’

Following the sentencing, Daniel told his story to the Sunday Mirror this weekend.

‘It was Dad’s job to protect me. They stole my innocence and ruined my childhood. I can never get past that,’ Daniel says.

He says the abuse began during a board game one day. Daniel’s father suggested that people take their clothes off if they lost. Pretty soon, Breakspear was naked. Daniel was told to to touch and kiss her breasts.

‘Dad was encouraging me to do it so I thought it was OK. I think that night was a tester of how I’d react because intercourse started after that.’

Over the next three years, Breakspear took Daniel’s virginity and abused him on at least ten separate occasions.

On one occasion, Daniel was told to give his stepmom a goodnight kiss. He went to his parents’ bedroom to find Breakspear handcuffed naked to the bed.

‘We had intercourse and Dad came and joined in.’

Surrey-based Daniel, who is gay and currently single, says the abuse has had a long-lasting impact on his life.

‘I was sexualised at such a young age that sex means nothing to me now.

‘Steer him in the right direction’

During his trial, Richard Dowling says he’d been prompted to abuse his son in an effort ‘to try and steer him in the right direction and not to go to the way of being gay, because there was like, sort of, tendencies for him to be gay.

‘All I ever wanted was for him to turn out the right way.’

He went on to claim he’d wanted to ‘protect [Daniel] from paedophiles so he would know what was right and wrong.’

Richard Dowling and Breakspear broke up in 1996. He and Daniel moved away. Daniel told authorities about the abuse in the late 1990s, after police investigated another case of abuse against him by another pedophile. However, at the time, no charges were brought against his father and stepmom. His father told police his son was an ‘attention-seeking’ liar.

Instead, in September 2015, Daniel secretly recorded a phone conversation with his father in which he admitted the abuse had taken place. Daniel took the recording to police and demanded they take action.

Judge Maria Lamb told the couple, ‘The damage is incalculable. The abuse of trust is monstrous and the reality is that one of you was involved in active sexual abuse and the other connived at it.’