The move could put Trump’s fellow Republicans in an awkward position, forcing them either to vote against their leader, who has strong support among conservative voters, or effectively defend his statements, widely described as racist.

“Our Republican colleagues must join us in condemning the President’s xenophobic tweets,” Pelosi said in a statement. She did not say when the vote would take place.

Most Republican lawmakers were silent on Monday as Trump intensified his Twitter attacks on the four Democratic congresswomen, prompting numerous Democrats to accuse him of racist rhetoric designed to further divide Americans.

Representative Will Hurd, the only African-American Republican in the House, was a rare exception. “The tweets are racist and xenophobic. They’re also inaccurate,” he said on CNN, noting that all four women targeted by Trump were U.S. citizens.

Trump over the weekend said in a tweet that the four first-term congresswomen, known informally in Congress as “the squad,” should “go back” to the “the totally broken and crime infested places from which they came.” On Monday, Trump renewed his attack and called on the four to apologize to him.

In remarks at the White House, Trump said he was not concerned if people thought his tweets were racist. Further challenging his critics, Trump said, “As far as I’m concerned if you hate our country, if you’re not happy here you can leave.”

In an aggressive line of attack with likely consequences for Trump as he seeks re-election in 2020, he was seen as appealing to white nationalist Republicans while further risking his standing among moderate swing voters.

‘MATCH ON A FLAME’

“We have a president who is throwing a match on the flame,” It inflames the worst of our instincts,” Senator Angus King, an independent, said on MSNBC on Monday.

Trump did not mention names in his initial Sunday tweets targeting “‘Progressive’ Democrat Congresswomen, who originally came from countries whose governments are a complete and total catastrophe.” He appeared to reference representatives Alexandria Ocasio-Cortez, Ilhan Omar, Ayanna Pressley and Rashida Tlaib, who all have been critical of both Trump and current Democratic House leaders.

“Why don’t they go back and help fix the totally broken and crime infested places from which they came,” Trump tweeted. “Then come back and show us how … it is done.”

All four of the congresswomen are U.S. citizens. Three – Ocasio-Cortez, Pressley and Tlaib – were born in the United States while Omar, a Somali refugee, arrived in 1992.

Most of Trump’s fellow Republicans in Congress had little public reaction to the tweets.

Republican U.S. Senator Lindsey Graham, a sometime Trump golf partner and adviser, blasted the four congresswomen in an interview on Fox News on Monday, calling them “socialist” and “anti-Semitic.” Graham also called on Trump to stop making such personal attacks.

“Aim higher … They are American citizens. They won an election. Take on their policies. The bottom line here is this is a diverse country,” Graham said, adding he had spoken to Trump.

Another Republican lawmaker, U.S. Representative Chip Roy, also pushed back, saying in a tweet overnight that Trump “was wrong” but adding that lawmakers “who refuse to defend America” should not be re-elected next year.

Asked if Trump’s tweets were racist, Ken Cuccinelli, acting director of U.S. Citizenship and Immigration Services, told CNN on Monday: “I wouldn’t go that far, no, certainly not.”

On Sunday, Trump lambasted Democrats for defending the women, who countered with their own tweets accusing him of pushing white nationalism.

Ocasio-Cortez shot back at the president and his party, saying Trump’s words telling them to “go back” to their own countries “is hallmark language of white supremacists.”

“Trump feels comfortable leading the GOP into outright racism and that should concern all Americans,” she tweeted.

“It is extremely disturbing that the *entire* GOP caucus is silent. Is this their agenda?” 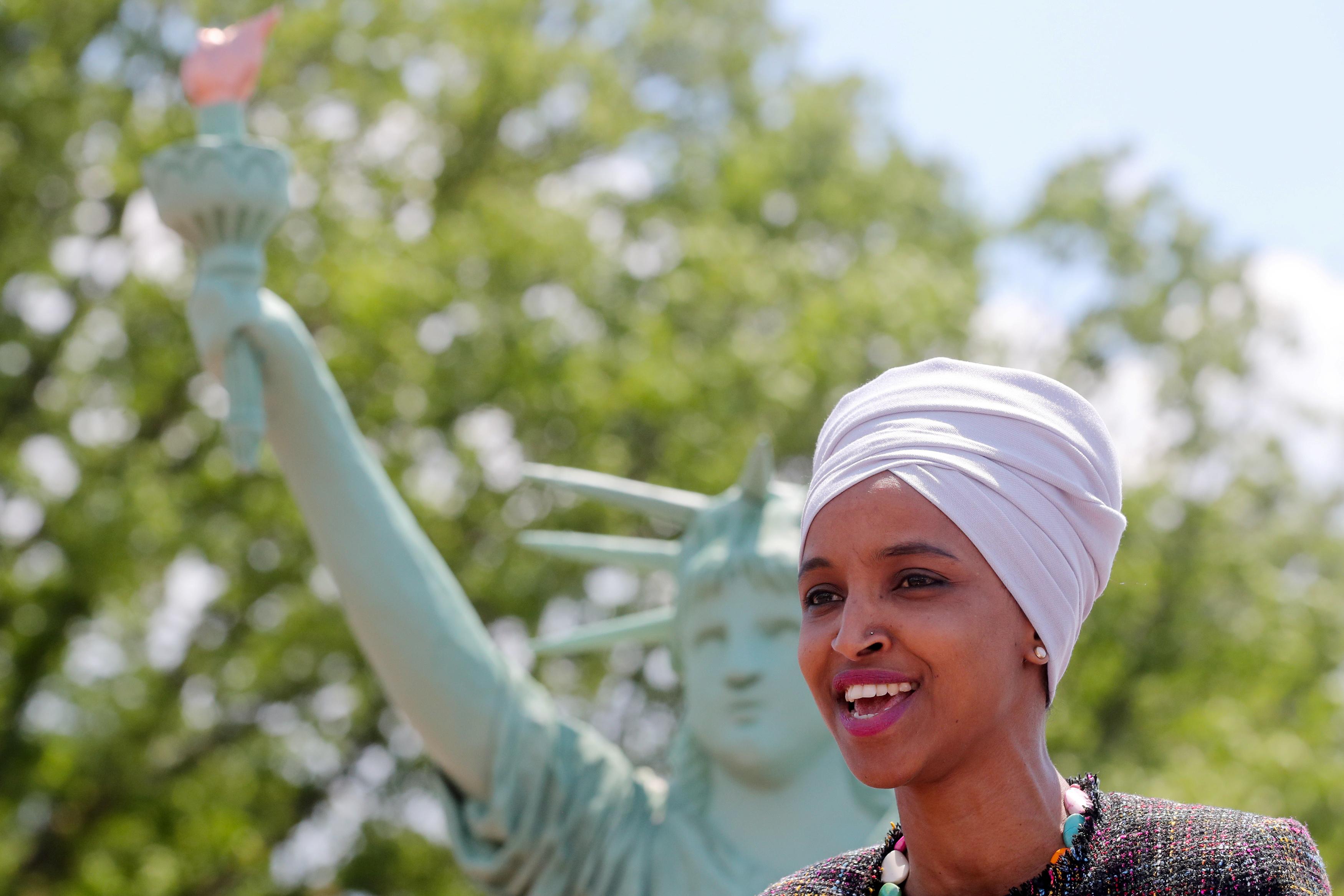 Trump is seeking re-election next year after his 2016 victory, which drew heavily on attacks against immigrants and has since stoked racial tensions nationwide.

His tweets follow days of reported tensions between House Speaker Nancy Pelosi and more progressive members of her caucus as they seek to build on their 2018 midterm victories.