Home Gay Life Eurovision is the gayest show on TV and America is missing all... 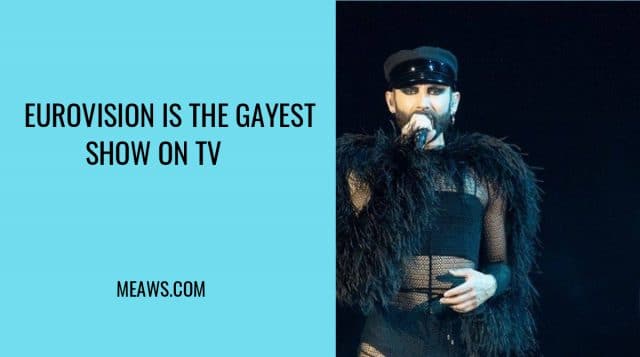 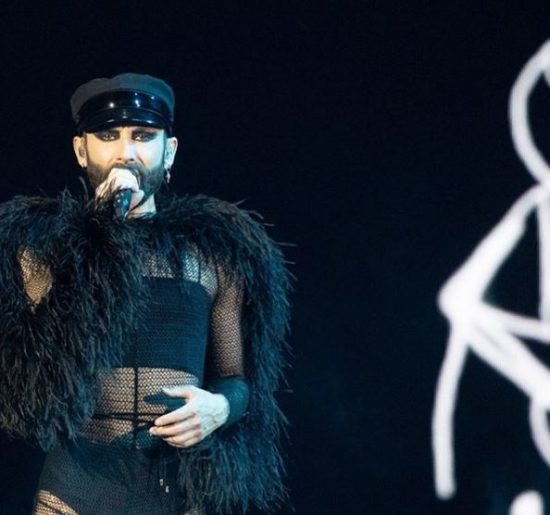 Did you watch Eurovision 2019 this past weekend? If you live in North America, the answer is most likely “no.” The world’s largest music event (last count was 180 million viewers worldwide) is not broadcast here. The only possibility would have involved finding a TV station somewhere on Earth that live-streamed the show on their Web site, and then using a VPN to sign on and watch it. Although who would do such a thing? That’s illegal.

For the uninitiated, let’s cover some basic info: Eurovision is an annual “song contest” between countries around the world, mostly in Europe but we’ll clarify that later, who choose a musical act to perform an original song, and viewers call/text to vote for their favorite performances. There are lots of rules—for example, viewers cannot vote for their own country—and a complex system of points is awarded by viewer “televotes” and a jury of judges.

The voting gets heated, as countries vote for their political allies and ignore contestants who represent enemy states. For example, the UK ended up dead-last in this year’s competition, even though the song was a catchy pop tune and their singer did a good job. But when you vote to Brexit your way out of the European Union, you may find the rest of Europe does not like you very much. No points for you!

To participate, countries must be part of the European Broadcasting Union (EBU), which is a public TV organization that broadcasts in many parts of the world. So Australia competes, Azerbaijan competes, Morocco had competed in the past but they threw a temper tantrum about something in 1980 and haven’t been back since. Israel won in 2018 with an earworm of a dance song called “Toy,” and that meant they received the honor/burden of hosting the next contest, so Eurovision 2019 was in Tel Aviv. “Toy” was such a big hit, it even reached #1 on the US dance charts. Please click that link and play that video. You’re welcome.

Congratulations are in order for The Netherlands, as they won this year with a pleasant ballad “Arcade,” which is a nice if unremarkable song. The real thrill of Eurovision, however, has always the spectacle of the entire competition, as artists vie for those vital votes with on-stage antics, ridiculous choreography, wild costumes, and special effects worthy of a Las Vegas stage. The campiness of it all has amassed legions of gay fans, and over the years the show has become the most fabulous, most LGBTQ-inclusive program to happen anywhere on Earth, with contestants singing about Pride and dancing with shirtless male backup dancers, and occasionally engaging in a same-sex smooch. Austria’s contestant in 2014, Thomas Neuwirth, caused a bit of a kerfuffle when he won Eurovision while dressed as his gender-fluid drag alter ego, Conchita Wurst (photo, top). This was no publicity stunt. Conchita Wurst is a legitimate pop star in Austria, and thanks to her Eurovision fame she is a leading advocate for LGBTQ rights around the world.

Due to nasty international licensing rights, finding full performances of the Eurovision finals is difficult. But here are clips from the Top 5 most notable moments. Because it is a show that must be seen to be believed.

Kate Miller sang the lovely opera-pop song “Zero Gravity” while bouncing around like a lawn ornament blowing in the wind. Australia placed 9th, which is a very good result. Well done Kate.

Norway won the popular vote for 2019 with the song “Spirit in the Sky” by the musical group KEiiNO, but placed only 5th overall due to a lousy response from the jury panel. At first listen, “Spirit In The Sky” is a catchy dance pop track, but please note the gentleman in the leather pants. That is Fred Buljo, one of Scandinavia’s most esteemed hip hop artists, and he is singing in his native language of the Sámi people, a nation of nomadic herders who live in the Arctic and raise reindeer. Sámi chanting is cool. And we’ll presume those leather pants are made from an animal that he hunted himself.

Eurovision’s 2019 broadcast featured performances by several past contestants, including the always demure Conchita Wurst, who treated viewers to the pleasure of her entire body squeezed into a sheer black catsuit adorned with shoulder feathers. Conchita was not the only drag persona of the evening: France’s singer for 2019, Bilal Hassani, dressed in drag to sing the song “Roi,” about self-acceptance while facing discrimination. It was a great message, but only a mediocre performance, which placed France at only 14th.

This is exhausting to watch. But we’re not done! Here’s another clip:

Is this a song, or an anthem before a soccer game? Spain placed 22nd, which is not great, but at least he sang his song in the correct key. Unfortunately, not everybody who performed was able to say the same.

As a special treat to the viewers, Madonna was paid $1 million to perform at Eurovision’s live final broadcast. But in a pre-performance interview, her voice sounded hoarse, foreshadowing the terrors to come. Unfortunately when you’re paid $1 million to do a show, the show must go on. Listen to what happened as she sang “Like a Prayer.”

It got better with her second song…thank God for Autotune.