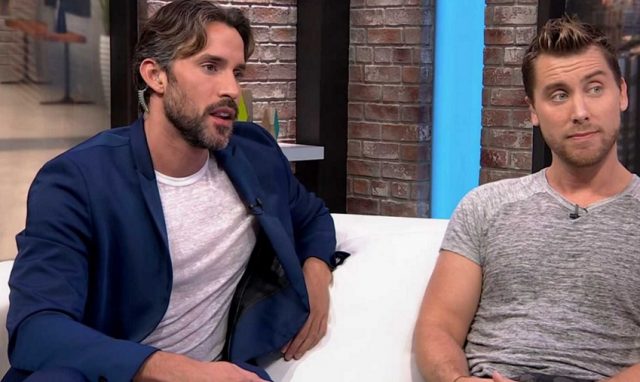 Finding Prince Charming’s lead man Robert Sepulveda Jr. has lashed out at critics he says have targeted him with “harassment” following revelations that he worked as an escort and appeared in an explicit video.

The 33-year-old interior designer has faced intense scrutiny around his personal after in recent weeks, both from the media and show contestants.

One show contestant, who spoke on the condition of anonymity to The Wrap last week, accused Logo of intentionally casting the former sex worker with the hopes of igniting a scandal to drum up ratings for the “ailing network,” reports The Wrap.

“We all had to go through rigorous background checks for three weeks and another three days before the show even started taping,” said one of the contestants. He also told the Wrap that he had “confronted Logo producers after recognizing Sepulveda from a sex tape he remembered seeing — the Prince Charming has since claimed an ex-boyfriend posted a private video without his permission.”

“There are videos of Robert out there that are quite disgusting. Now I’m associated with him,” said a second contestant to the Wrap. “Try explaining that to your mother.”

Sepúlveda told People magazine that he began escorting in his early 20s because he had “just $2.14 in his bank account” and saw how much money his friend was making as an escort.

“There is a video circulating out there that I shot privately and sent to an ex-boyfriend,” Sepulveda Jr. told People, adding that further videos and explicit photos attributed to him are not his.

The ‘gay bachelor’ star shared the following warning on Instagram to anyone who intends to shame, harass or bully him:

Targeted harassment, shaming and bullying is wrong and against the law – it doesn’t matter the age! Listen closely folks, if you come for me, we will come for you and prosecute you to the fullest extent of the law. BULLYING IS WRONG! It says more about you and your own insecurities then the people you are bullying. Bullying, shaming and targeted harassment has effects on REAL people and REAL lives. And if you support these people or their actions then you are part of the problem. In the beautiful words of Martin Luther King: “Darkness cannot drive out darkness; only light can do that. Hate cannot drive out hate; only love can do that.” and on that note….come for me – you’ll be hearing from my attorneys.