Home Fiction First time with Uncle Donald. When love is in the family ebook 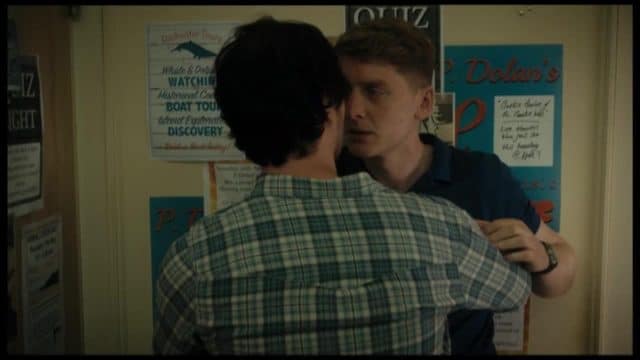 Eighteen-year-old Brian Ashwood was a virgin, and he was also gay. He had always known he was attracted to the same sex since he was a child. Instead of playing with the little girls in his class, he would rather play with the boys, and he would be heartbroken if the boys don’t give him attention. As he grew older, he realized that he preferred older guys to the boys his age, maybe it was because he lost his father at a young age and had to live with his uncle. Brian loved his uncle, but deep down, he knew that he was also attracted to him. He often lay in bed thinking of his uncle, how gentle and loving he was. But Brian always felt guilty afterwards and he started to believe that something was wrong with him.

“Brian, may I come in?” Uncle Donald asked.

Uncle Donald was in his late forties, and he was still single. He was a tall, handsome man with black hair and grey eyes. Brian looked like his uncle, he had a headful of black hair, and he was also tall.

“What is wrong? Why are you in your room on a Saturday night?” Uncle Donald asked.

Brian sighed, and Uncle Donald sat down beside him on the bed.

“What is the problem?”

Brian flung himself into his uncle’s arms, crying. Uncle Donald slowly rubbed his back, gently gliding it down his spine.

Brian looked up, leaned over and placed a soft kiss on his uncle’s lips. Uncle Donald was surprised and shocked, but he was glad his nephew made the first move. He unbuttoned Brian’s shirt and kissed his neck, trailing kisses down to his nipples. Uncle Donald tweaked Brian’s nipples, and he cried out.

“I love you, Brian,” Uncle Donald said, “I have always loved you, but I was scared of what people….”

“Do you have some oil in here?” Uncle Donald asked.

“You are a virgin, right?” He asked, softly.

Brian cried out, tears running down his face as his balls clenched hard and semen shout of his cock.

Uncle Donald rubbed his fingers in the gooey liquid and licked them. He stuck out his tongue and sucked the semen off his nephew’s cock.

Uncle Donald gently made love to his nephew, ensuring that he had multiple orgasms before he allowed himself to have his release. After that night, they continued to make love, and their love waxed stronger. But they had to move away from their neighbourhood to a place they could openly love each other.

First time with Uncle Donald. When love is in the family ebook