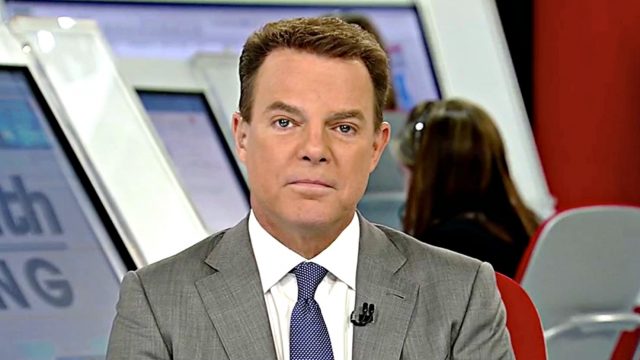 Speaking on his show Tuesday afternoon, Smith emphasized that Mueller’s report did not exonerate President Trump.

In response to the segment, some Fox News viewers took to Twitter to unleash homophobic attacks on the openly gay anchor.

Mueller got paid for nothing Smith ! He took the money and ran ! He needs to be questioned by all of congress Not make a public statement that mimics the report about nothing ! And u Smith need to be onCNN it’s a better fit for u as a reporter!Just saying https://t.co/Q7G7T0gsEc

Shep Smith Says The Mueller Report “Did Not Exonerate” Trump https://t.co/u1aGW8IlVV via @RJ Newsflash. #She #smith is a gay cocksucker, he should be unemployed or on cnn, same thing. @ShepNewsTeam get off your knees and run away!

Get the hell out of here. Shep is an insignificant little leftist who adheres to the leftist gay agenda and the MSNBC-CNN Collusion Hoax. He’s blinded by his ego and hasn’t had an open minded discussion with anybody since he said Ma Ma the first time. https://t.co/ZMAKLgoI8c

Shep Smith – lowest rated show after the 4AM news on Fox. He belongs on CNN. Why do gay anchors hate Trump so much? https://t.co/I57dpTrndk

“Shep Smith” Shep is still mad about the gay pride flag not being flown at our embassies. Shep needs to go, and Lachlan Murdoch also.